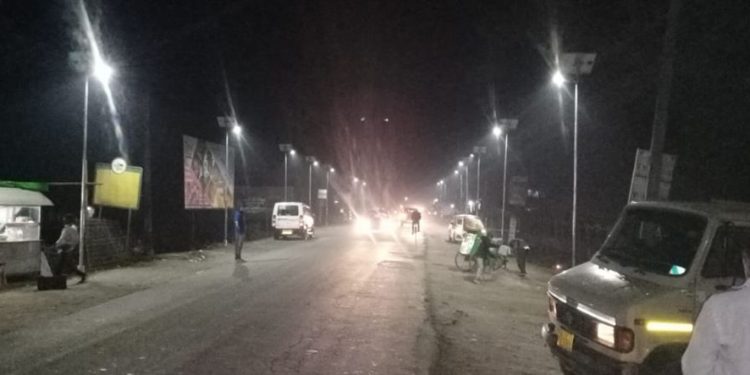 The project is launched under its flagship programme Mission Soulful Sivasagar.

Under the project, the district administration endeavours to light up the Sivasagar town and its adjoining areas by installing standalone solar LED lights.

The project has been launched under the stewardship of Sivasagar deputy commissioner Dr M S Lakshmi Priya.

‘Project Puhor’ was ceremonially launched at the Ranghar area recently.

Twenty standalone solar LED lights were erected in the area at the launch programme.

They were accompanied by several officials of the district administration.

A host of local public also gathered in the area on the occasion.

Inspecting the area, the Thowra MLA lauded the initiatives taken by the Sivasagar district administration under Mission Soulful Sivasagar.

Speaking on the occasion, Sivasagar deputy commissioner Dr M S Lakshmi Priya elaborated on various projects and initiatives taken under Mission Soulful Sivasagar for the betterment of the people of the district.

Similar standalone solcar LED lights will be installed in phased manner across Sivasagar town and its adjoining areas.

Locals have hailed ‘Project Puhor’ saying it was a long felt need of various areas.