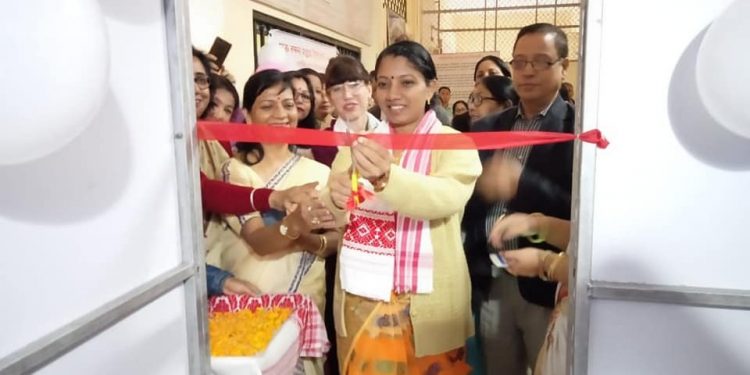 In a bid to facilitate the working mothers and women visitors to comfortably feed their children, the Sivasagar district administration introduced a ‘baby care centre” at the office premises of the Deputy Commissioner on Wednesday.

Ceremoniously inaugurating the ‘baby care centre’, the deputy commissioner Dr M S Lakshmi Priya stated that the facility was arranged feeling an urgent need of such arrangements in the office premises for the working women and the visitors.

“This attempt was made to uphold and protect the dignity of women and mothers and also to ensure privacy to them,” Dr Lakshmi Priya added.

She further stated that with the opening of the centre, the working mothers now will now have their designated space for baby feeding and care while simultaneously performing their official duties.

The women visitors to the deputy commissioner’s office can also avail this facility if they have to carry their babies along with them.

Two German research scholars from the Centre for Evaluation and Development, namely Elisa Sanz and Laura Ahlborn who were in Sivasagar on behalf of UNICEF presently busy with evaluation works on schemes taken up for children and adolescents in the district, also attended the inaugural programme.

The Anganwadi workers apprised the research scholars about the initiatives taken in the grassroot level in the district for the welfare of the children, adolescents and women.

It may be noted that the deputy commissioner vide a recent order, had directed all heads of offices in the district to take initiatives for making arrangements of designated baby care facility at their respective offices.

She had also directed that while making these arrangements, safety and security must be ensured.