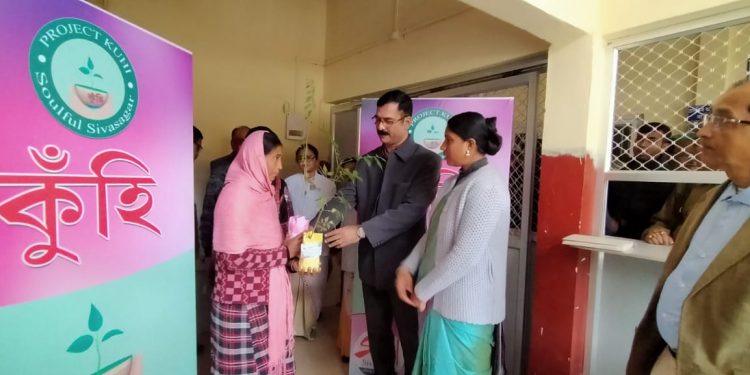 The very first day of year 2020 began with some unique and innovative initiatives in eastern Assam’s Sivasagar.

‘Kuhi’ (meaning ‘the bud’) is one such initiative launched on Wednesday under the mission, ‘Soulful Sivasagar’ by the Sivasagar deputy commissioner Dr M S Lakshmi Priya at Sivasagar Civil Hospital, Jaysagar.

Under the project ‘Kuhi’, the deputy commissioner distributed two saplings each to the six mothers of new born girl children at Sivasagar Civil Hospital.

Among the two saplings, one was fruit tree sapling symbolizing nutrition and the other timber sapling for investment for future.

Further, two such saplings were gifted to the mother of a girl child who was born early Wednesday morning in the hospital.

During her visit to the Sivasagar Civil Hospital, the deputy commissioner inspected the maternity wards, operation theatre, surgical and neurosciences intensive care unit (SNICU) and other wards and took stock of the facilities provided there.