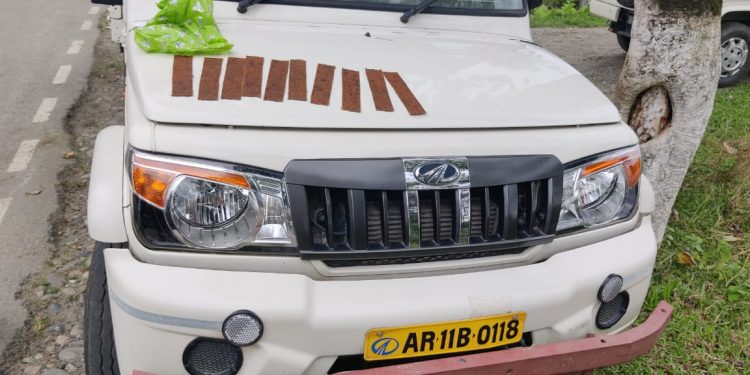 A vehicle with opium seized in Sadiya Credit - Twitter/ @SadiyaPolice

The Assam police on Monday  intercepted a vehicle at Cheng Chup Chariali of Sadiya in Tinsukia district and recovered 105 gms of opium from it.

A drug peddler has also been arrested in connection to this.

The vehicle  bearing the registration number ‘AR-11B-0118’ was reportedly on its way from Arunachal Pradesh to Assam.

Continuing their operations against drugs, the police intercepted the vehicle during a checking at Cheng Chup Chariali.

The accused has been booked under the relevant sections of the Indian Penal Code.

The police has seized a huge quantity of narcotic substances from different parts of Assam in the past few days.