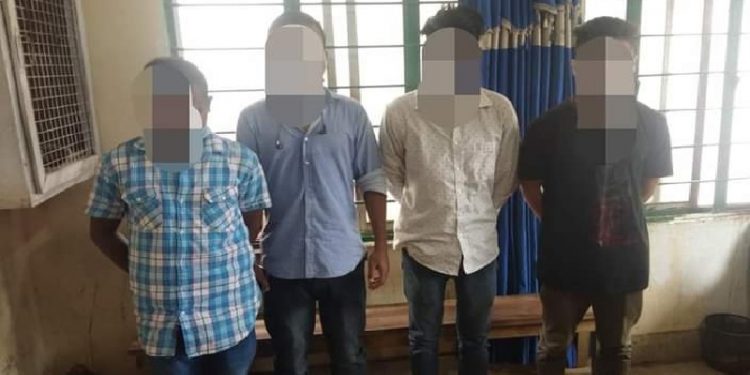 Police on Sunday arrested four people and seized one Tokay Gecko from their possession during a regular checking in upper Assam’s Tinsukia.

Tinsukia SP Debojit Deori said, “During regular patrolling, our police team seized one Tokay Gecko from the possession of four persons. They are planning to sell the Tokay Gecko which has a huge demand in international market.”

Police said the Tokay Gecko was smuggled from Arunachal Pradesh.

“Wildlife trafficking is an organized crime and many top officials of forest department are involved in the process with the wildlife smugglers. The poachers trapped the geckos and Chinese Pangolins from the forests of Bordumsa and sell it to the wildlife traders who transported them to other countries through Dimapur route,” said a source.

Sources said that many villagers in Arunachal Pradesh are involved in this process to earn money from the Wildlife traders.

In 2018, the Assam State Biodiversity Board included the Tokay Gecko and Assamese Day Gecko in a new list of threatened species.

Sources said an adult gecko grown up to 40 cm may fetch an astonishing amount up to RS 10-20 lakh.

Tokay Gecko is used as a vital ingredient in traditional Chinese medicine known as Ge Jie, believed to nourish the kidneys and lungs.