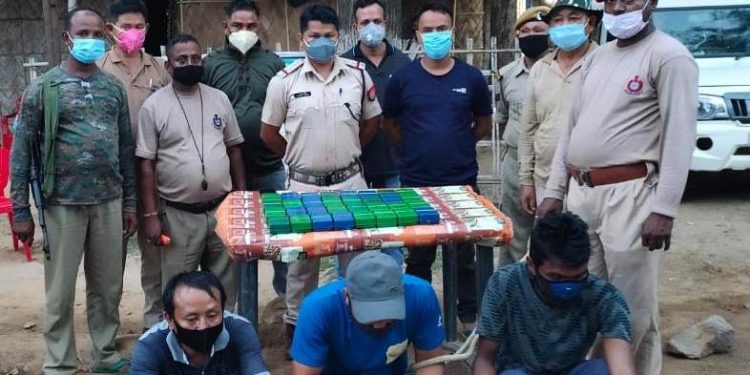 The Karbi Anglong police have recovered a huge quantity of Heroin from a night super bus along the Assam-Nagaland border late on Thursday evening.

As per reports, the Karbi Anglong police intercepted the Guwahati bound bus bearing registration number MN 01 1938 in the Purna Lahorijan area over NH 36 and recovered 52 soap cases containing 658 Grams of high-quality Heroin concealed inside the vehicle.

The seized drugs are estimated to have a market value of Rs two Crore in the black market.

All three are residents of Moirang in the Bhisnupur district of Manipur.

During preliminary interrogation, the apprehended persons revealed that they received the consignment from a bus counter in Imphal and were supposed to deliver it at the Shillong Bus counter in Guwahati.

The recovered drugs were seized under the physical supervision of Nahid Karishma, Dy.SP (Hq) KA and a case vide Dillai PS Case No 28/21 U/S- 21(c)/29 of NDPS act have been registered in connection.