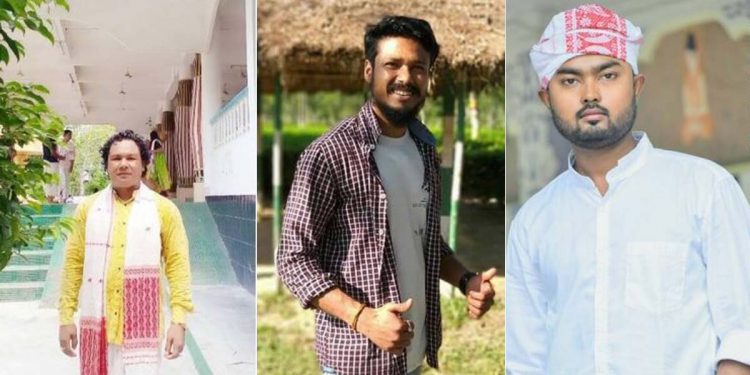 The Assam police have shot an ULFA-I linkman at Nazira in Sivasagar district while he tried to escape from their custody by snatching the pistol of a policeman.

The ULFA-I linkman, Bhupen Barua was arrested by the police at Sadiya on the night of July 11 in connection with the abduction of three Oil and Natural Gas Corporation (ONGC) employees.

On April 21, three ONGC employees, Alakesh Saikia, Mohini Mohan Gogoi and Retul Saikia were abducted by armed ULFA-I militants from a work over rig site inside the Lakwa Tea Estate in Sivasagar district.

Retul Saikia was released by the Ulfa-I after a month in captivity on May 22 following an appeal by Assam chief minister Himanta Biswa Sarma to the Ulfa-I chief Paresh Baruah.

He said that Bhupen Barua, who was handed over to the Sivasagar police by their Sadiya counterparts following his arrest, was taken to a location at Nazira to recover hidden wepaons.

He had tried to escape by snatching the service pistol of Nazira sub-divisional police officer Pradip Konwar.

The police fired on his legs in order to stop him.

“We had taken him in custody from Sadiya police last night and he gave information about some weapons being hidden at a place in Nazira,” said Raushan.

“When our team reached there he suddenly snatched the pistol of the SDPO Nazira. Thereafter the police team asked him to drop the pistol,” he said.

“Instead he started cocking the pistol. With no other option left the police had to open fire aiming at his legs,” he added.

Barua was taken to the Nazira Civil Hospital and later shifted to the Assam Medical College and Hospital.

He is currently out of danger.

It may be mentioned that on July 9 another Ulfa-I overground operative Tapan Buragohain was shot in the leg by the Sadiya police when he had tried to flee from police custody.

Both the Ulfa-I linkmen were arrested in connection with the abduction of the three ONGC staff.