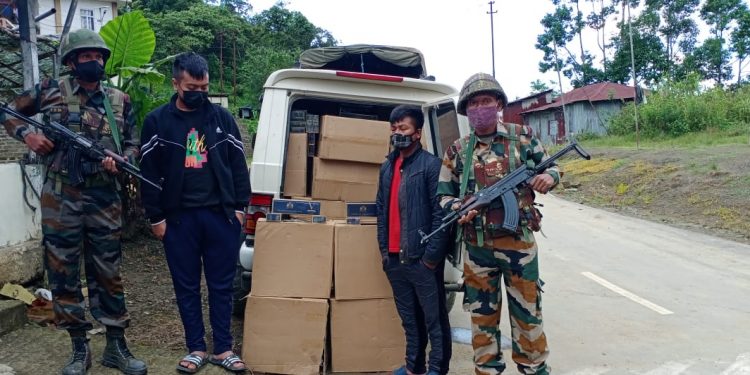 The Serchhip Battalion of 23 sector Assam Rifles has seized 30 cases of cigarettes of foreign origin from Farkawn in Mizoram’s Champhai district.

A team of Assam Rifles jawans conducted an operation at Farkawn recently, during which they seized the contraband.

The cases of cigarettes were handed over to the Dungtalang Police Station.

Assam Rifles also detained two individuals in connection to this.

The foreign origin cigarettes are estimated to cost around Rs.39,00,000 in the market.