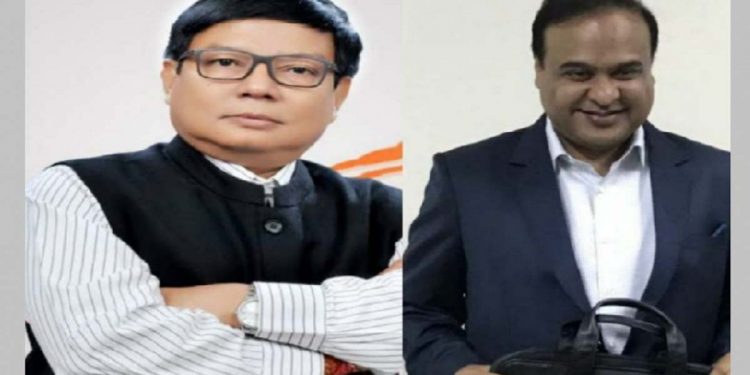 The Assam government on Friday released big advertisements in different newspapers saying that reports about non-payment of power bills to the Assam Power Distribution Company Limited (APDCL) by government departments are “misleading”.

The state government said it has been making payments from time to time to the APDCL every year from 2018 and the amount thus paid up is nearly Rs 4,895 crore.

“They mean to imply that since the government has been making payments to the electricity board from time to time, the departments need not pay the power bills. Actually, the whole statement is misleading and the state government is trying to fool the people of Assam,” Saikia said.

“Firstly, the collection and distribution of electricity is regulated by the Assam Electricity Duty Rule, 1964 and it was published in the gazette on April 28, 1965.”

After this, matters related to collection of electricity dues and distribution were resolved by the government side, electricity supply authorities and consumer groups through the Assam Electricity Regulatory Board, which was set up to determine when to send notice if a consumer does not pay on time, when to disconnect power, when to approach the court for payment and so on, he said.

There is no mention anywhere that government officials have to produce latest power paid up bill for getting their salaries, Saikia stated.

“Secondly, there is also no mention in any rule that government departments paying subsidies to the electricity boards do not have to pay for the electricity consumed by them. So, both the issues are against the law or rule,” he said.

The Congress leader pointed out that the Rs 400 crores paid by the state government recently to the APDCL as subsidy was meant for purchasing power from outside.

The subsidy is needed as the power generated at home is less than required.

“In the last 5 years, the BJP has been promising to increase power production and their election promise was to supply power continuously for 24 hours but due to corruption, there was no increase in production and power had to be bought from outside the state to meet the demand,” he said.

The chief minister, in the last budget, promised to provide 30 units of electricity free to every family in the state. Poor families are already being provided 30 units free every month.

“Now, the question remains whether 30 more units will be provided free, taking the total to 60 units, or whether the CM thought the people had forgotten and made the announcement again before the elections to get more votes,” Saikia said.

The Opposition leader demanded demanded “clarification” on the issue.

He also wanted a clarification on the statement by the chief minister in June 2021 that the electricity department was suffering a loss of Rs 300 crore every month and demanded a CBI inquiry on the 4 years of administration by the power department.

“The then power minister, Pallab Lochan Das, in an answer in the State Assembly in 2017, said that ASEB was making a loss of Rs 50 lakh every month. The huge difference begs a CBI inquiry,” he added.

“CM Sarma has told the police to shoot any criminal. In the meeting with OCs (Officer-in-charge), the CM had made the statement. It is against the Constitution as ‘right to life, right to live’ is guaranteed in Article 21,” he said.

“The Supreme Court mentions 6 special conditions under which this right is denied, exclusively for self-defense purposes. If the police, due to their own inefficiency, lets a criminal escape when under custody and then shoots him, it is against the law,” he added.

“If the CM condones and even encourages such activity, it is against the Constitution and we condemn such activities,” Saikia said.

Saikia appealed to the police officials not to be party to such unconstitutional activities.

He also asked government officials “not to fall prey to political instigation” and indulge in activities contrary to the Constitution and democracy.

Despite falling international crude oil prices, the price of petrol has crossed Rs 100 only due to taxes imposed by the state and central governments.

He demanded that petrol and diesel be brought under the ambit of GST.

He condemned the government for not taking any steps to check price rise.

Saikia urged the government to provide the mentioned items through fair price shops.