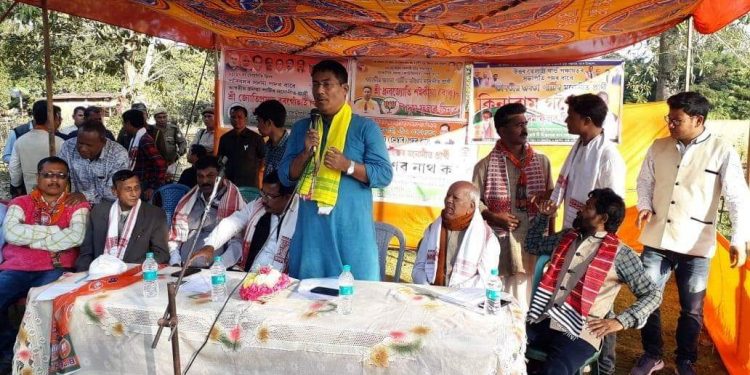 Top leaders of various political parties are visiting Lakhimpur district of Assam as the campaign for panchayat polls reaches a high point.

Earlier the president of Assam Pradesh Congress Committee, Ripun Borah campaigned for the Congress in Lakhimpur. He campaigned in Bihpuria, Nowboicha and in North Lakhimpur by attending number of campaign meetings.

Campaigning in Ujjalpur Gaon Panchayat, Bora said that voting BJP and AGP would mean supporting the Citizenship Amendment Bill (2016). He also said that the BJP governments at the Centre and the State had failed to fulfill the promises made in the last Lok Sabha and State Assembly polls.

He informed the supporters that the BJP governments had closed 133 welfare schemes introduced by the Congress government.

Candidates from various political parties and independent contestants are also campaigning in different parts of the district. Many of them are seen visiting naam ghars and other places of worship seeking blessings for the polls in Laluk, Ranganadi and other gaon panchayat areas of Lakhimpur district.