We should defeat the force which is trying to divide Assam: AASU general secretary 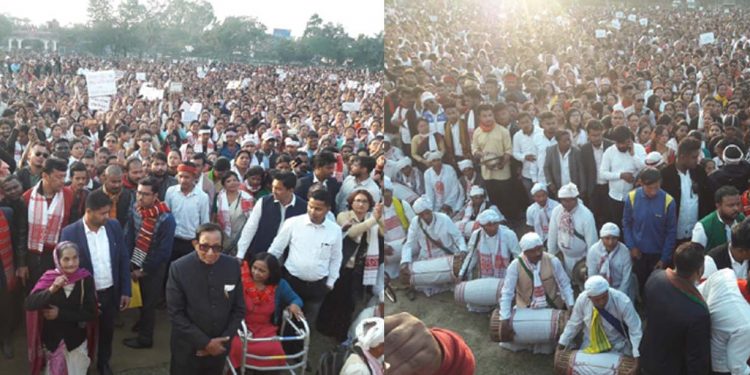 Over 50,000 people joined the anti-CAA rally organized by the All Assam Students’ Union (AASU) at Dibrugarh in upper Assam on Tuesday.

While addressing the huge gathering, Dr Saikia said the MLAs and MPs of Assam should clear whom they are representing – Assam or Delhi.

“The political representatives of Assam have forgotten their people and the whole Assamese community,” said Saikia.

Talking about the slew of sops that the BJP-led Assam government continues to announce as the anti-CAA movement gains momentum, Saikia said, “Now you are trying to offer sops and assurances, and also trying to destroy us.”

“Assamese language is not implemented in BTAD and Barak valley. They are diving Assam and creating chaos in the society. Through anti-CAA movement, the Assamese people have cleared their stand,” Saikia added.

In response to a clarion call by the AASU to participate in the ‘Janatar Gorjon’ (Roar of People) programmee, over 50,000 people from all parts of Dibrugarh gathered at Chowkidinghee playground to protest against the CAA. 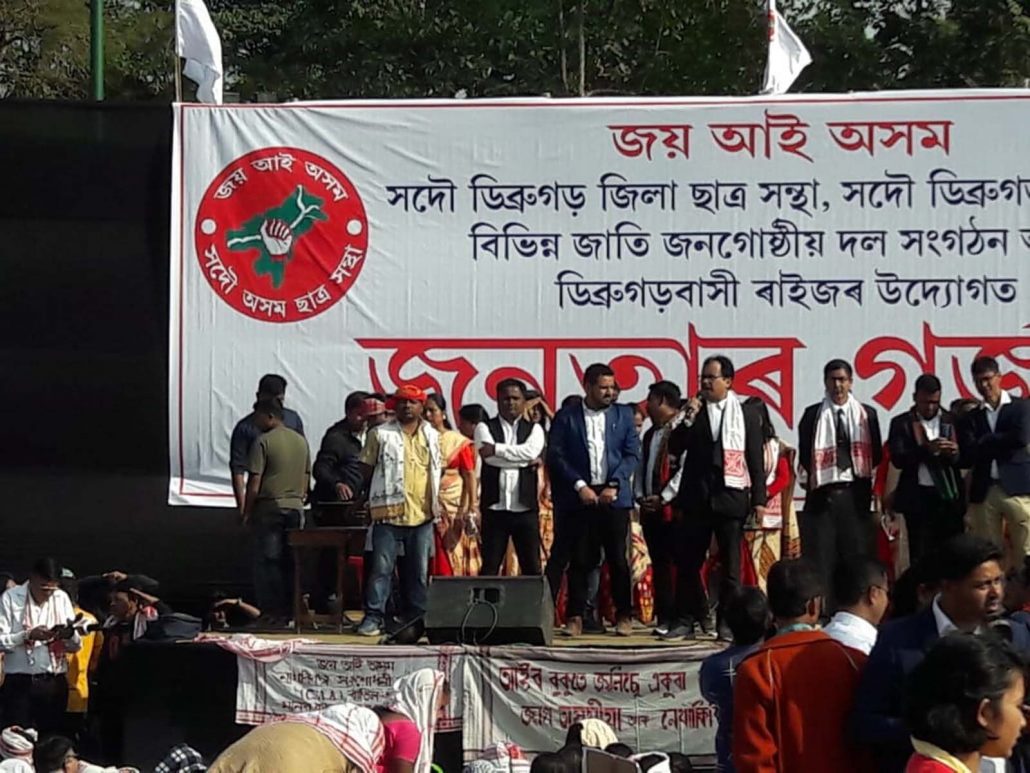 Donning traditional Assamese gamusa on their heads, the women shouted the slogan ‘Joi Aai Axom’ during a vibrant and colorful display of Assamese nationalism.

“The Mughals attacked Assam for 17 times but could not defeat us. The indigenous people of Assam will not live as second class citizens. The people are raising their voice and have come out in huge numbers in protest against the CAA,” said Gogoi.

“The central government has forcefully imposed the Act in Assam without the consent of the people. New Delhi wants only to exploit the resources of Assam,” he added.

“We should defeat the force which is trying to divide Assam. Our struggle is for existence and our struggle will continue till the CAA is not repealed. We should fight jointly to defeat such force,” the AASU leader further said.