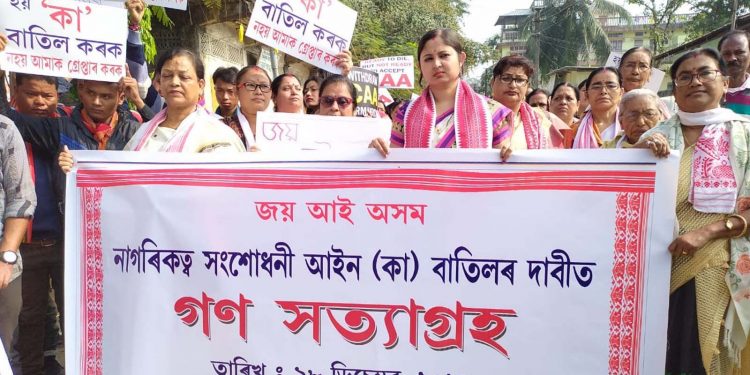 The three-day ‘ Gana Satyagraha’ launched across Assam by the All Assam Students’ Union (AASU) in protest against the Citizenship Amendment Act (CAA), 2019 concluded on Wednesday.

In protest against the CAA, 2019, the Assam government employees under the banner of the Sadau Asom Karmachari Parishad (SAKP) observed non-cooperation on Wednesday.

Also read: We will continue our anti-CAA agitation: AASU

The Lakhimpur district AASU with its Anchalik units organized ‘Satyagraha’ rally against the CAA at Nowboicha and Bogeenadi on Wednesday. The AASU also led a foot march from Panigang to North Lakhimpur in which people from various villages took part.

In Kokrajhar, hundreds of people with placards, festoons, banners participated in a ‘Satyagraha’ rally organised by the AASU and shouted slogans against CAA. 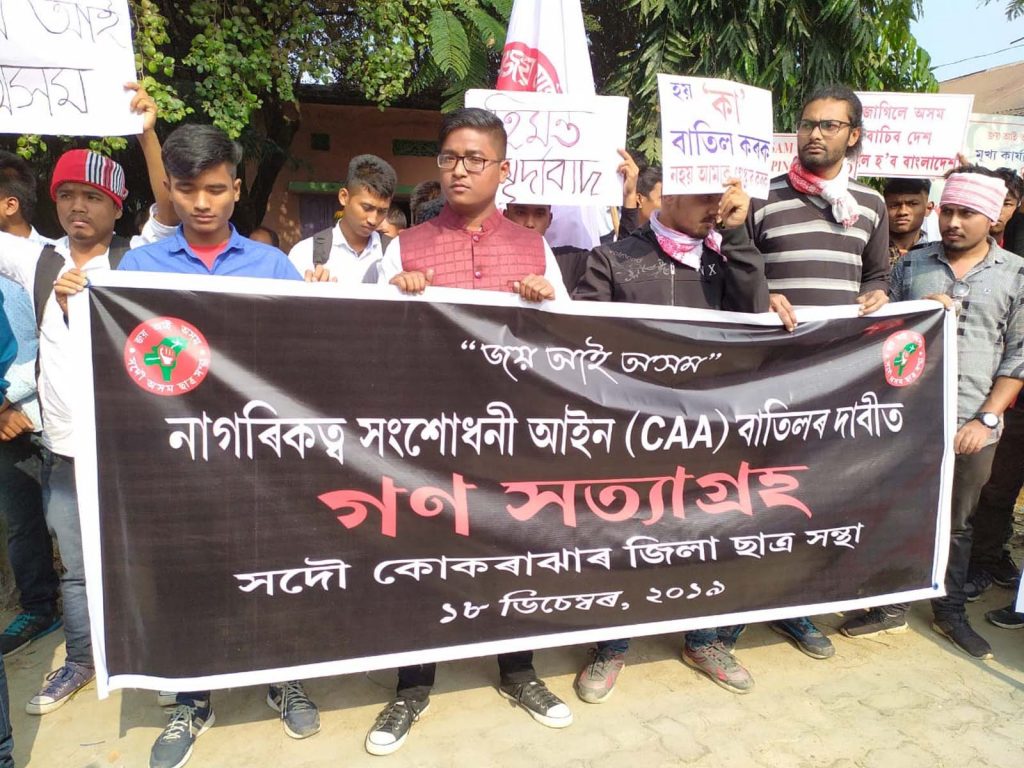 Many government offices in Kokrajhar on Wednesday wore a deserted look as the state government employees under the banner of SAKP abstained from their duties in protest against the CAA.

In many offices, the employees were present but stayed away from attending their duties while others did not turn up in their respective offices.

In Dibrugarh, nearly 12,000 people including government staff assembled at the Chowkidinghee playground in Dibrugarh town on Wednesday and participated in the ‘Gana Satyagraha’ programme organised by the AASU.

Responding to the day-long strike called by the SAKP against the CAA on Wednesday, the Assam government employees abstained from work and joined the protests at the Chowkidinghee playground.

A large number of protesting employees also squatted in front of the deputy commissioner’s office waving anti-CAA placards and banners.

In Lahowal, more than 10,000 people staged a mass protest against the CAA on Wednesday.

In Tinsukia, a huge rally was taken out by over 15,000 people in protest against the CAA.

Curfew was relaxed in Dibrugarh from 6 am to 8 pm.

At Pathsala in Barepta district, the Bajali Mahakuma Students’ Union (AASU) organised a massive ‘Gana Satyagraha’ programme against the CAA on Wednesday.

More than 7,000 people gathered at Pathsala Hari Mandir premises and took out a procession from Pathsala town to Bajali Subdivisional office.

The agitators later submitted a memorandum to Prime Minister Narendra Modi through the Bajali SDO (C) and demanded immediate withdrawal of the Act.

In Jorhat, more than 30,000 people including members of different organisations and common public participated in AASU’s ‘Gana Satyagraha’ progamme at Jorhat town on Wednesday.

The people shouting slogans against the BJP-led governments in the Centre and state took out a massive rally from Jorhat Stadium which went through the KB Road and the road in front of Jorhat police station to AT Road via the old bus stand and culminated at the JDSA field.

Mohammed Jalal of Rupahi Ali area and Bhim Das of Tarajan were arrested by the police on Tuesday night on charges of inciting people against CAA, 2019.

Several organisations like LICI and BSNL also boycotted work and its employees joined the ‘Gana Satyagraha’.

However, the APDCL disconnected electricity in most parts of the town and its workers were seen replacing the old cables with new ones. Many suspected that this was a ploy done to prevent people from viewing TV. 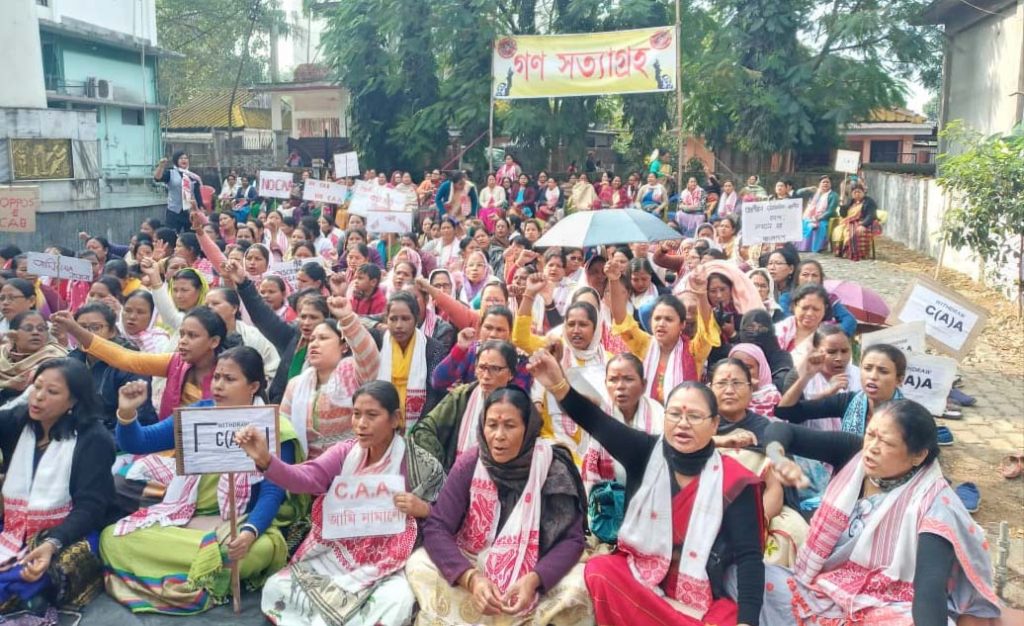 More than 60 organisations representing people from all communities joined the ‘Gana Satyagraha’ programme.

In Tezpur, over 25,000 protesters, led by Tezpur Anchalik Students’ Union on Wednesday took out a ‘Gana Satyagrah’ rally from Mission Chariali Girls High School to Tezpur court chariali in protest against the CAA.

Thousands of protester s courted arrest due to violation of section 144 CrPC promulgated in Tezpur.

However, at 3 pm, the protesters were released.