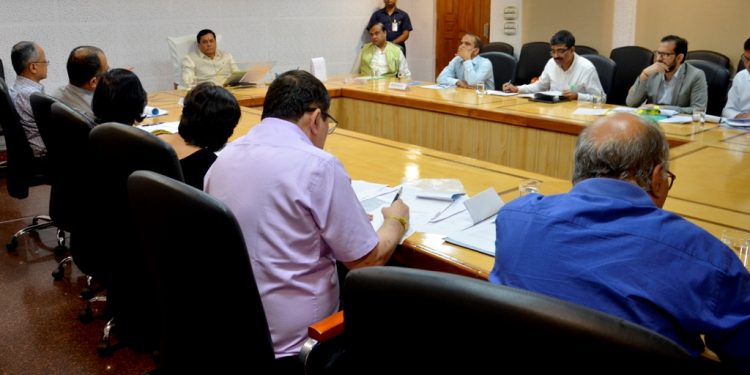 In a bid to realize the aspirations of Ahom, Moran, Motok and Chutia community living in the upper Assam districts of Sivasagar, Charaideo, Dibrugarh and Tinsukia, the State Government would soon take up various development projects in a time bound manner.

The projects to be implemented would primarily focus on preservation of historical sites, building sports and cultural infrastructure as well as taking up skill development programmes to generate better livelihood opportunities among the Ahom, Moran, Motok and Chutia community living in these four districts.

Chief minister Sarbananda Sonowal expressing his vision on the projects in a meeting held at his office conference room on Tuesday directed the deputy commissioners of the respective districts to prepare plans which are sustainable and visible in nature.

The chief minister said that the sports and cultural complexes to be built in the four districts would be named after the legendary personalities of these four communities.

Moreover, the fund to be utilized for preservation of the historical sites would be released over and above the already earmarked budgetary allocation.

Finance minister Dr Himanta Biswa Sarma while taking part in the discussion said that the Transformation & Development department would prepare a broad guideline on exact nature of schemes to be taken up by the districts.

He asked the deputy commissioners to hold extensive consultations with the representatives of the four communities and solicit their suggestions on the projects to be submitted to the government.