Assam: Over 300 arrested for violating lockdown in Dhubri 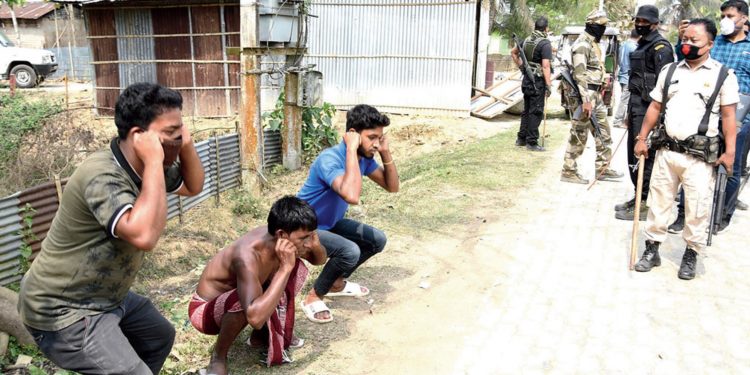 As many as 80 FIRs have so far been registered in lower Assam’s Dhubri district for violation of lockdown restrictions and more than 300 people arrested, police said.

Stern action is taken in case of any violation and till April 20, more than 100 motorcycles, over 250 by-cycles and nearly 10 boats as well as a number of four wheeler including one each truck, bus and JCB vehicle have also been seized during the period.

A top level police official said maximum persons who were arrested for the violation of the nationwide lockdown have been bailed out while nearly 50 persons have so far been forwarded to judicial custody.

Police further said they have registered the maximum numbers of FIRs under IPC section 188 (disobedience to order duly promulgated by public servant) /269 (Negligent act likely to spread infection of disease dangerous to life) read with section 51 (b) of Disaster Management Act 2005.

While few FIR have also been registered under Assam Game & Betting Act as well as under Assam Excise Act.

Deputy superintendent of police (Headquarter), Dhubri told Northeast Now that, “In sensitive and densely populated habitats, more police personnel have been deployed for monitoring and anybody who violates the order would be met with the strictest of action.”