Assam: Over 2 kg of cannabis seized in Dhekiajuli, 2 arrested 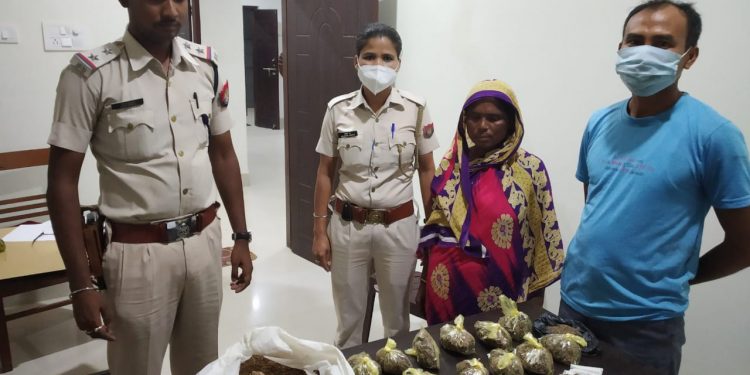 The police have arrested two drug peddlers from the Kherukhanda village of Dhekiajuli in Assam’s Sonitpur district.

The police also recovered 2 kg, 10 grams of cannabis concealed in a plastic bag from their possession.

The accused have been identified as Jumela khatun and her husband Md. Amair Hussain.

According to sources, a police team led by Dhekiajuli Police Station sub-inspector Bipul Biswas conducted a raid at the residence of Khatun on Monday and recovered the cannabis.

They had prior information about the duo dealing in narcotic substances.

A case has been registered against the duo and further investigations are underway.

On 28-06-2021, based on a secret information SI Bipul Biswas and his team conducted a search operation at te house of one Jumela Khatun W/O Md. Amir Hussain of vill- Kherukhanda (B) under Dhekiajuli P.S. and recovered 2 kg, 10 gmof Ganja which was kept concealed in a plastic bag. pic.twitter.com/X69HNwCYq5