Himanta said "if the Congress is voted to power, then the 'lungi' will become the state dress of Assam”, alleges Debabrata Saikia 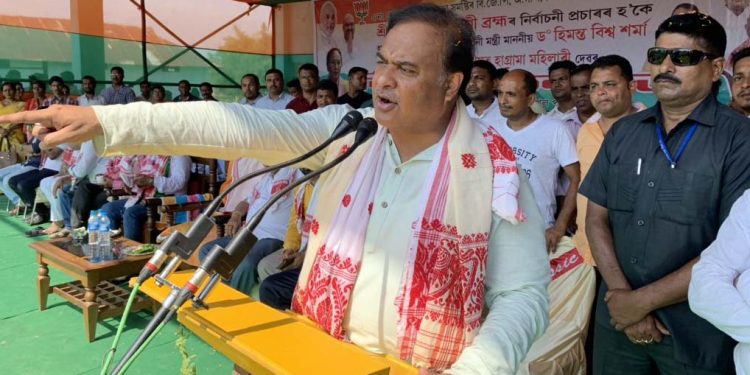 In a letter dashed off to the CEC on Saturday, Saikia while referring to reports published in a section of vernacular print media stated that in multiple election rallies Sarma said “the BJP does not want the votes of those who wear ‘lungi’.

Sarma also reportedly said “if the Congress is voted to power, then the ‘lungi’ will become the state dress of Assam”.

Saikia, who is the leader of the opposition in Assam Legislative Assembly (ALA), mentioned that the skirt-like lower garment known as ‘lungi’ is favoured by the Muslims.

“Dr. Sarma further commented that if the BJP is voted back to power, then the party will disenfranchise all Muslims who came to Assam between 1951 and 1971,” alleged Saikia, who is also the leader of Assam Congress Legislature Party (ACLP).

The targeting of one specific community is against the letter and spirit of the Constitution of India, the state Congress leader said.

Assam will go to third phase of Lok Sabha polls on April 23.

Stating that “this type of communal electioneering is in blatant violation of guideline 1 (1) and 1 (3) of the Model Code of Conduct framed by the Election Commission”, Saikia said “Sarma is cynically fomenting communal divisions for electoral gain”.

Saikia further said “there is every possibility that the seeds of hate sown by him (Sarma) will prove detrimental to Assam and India as a whole”.

The Assam Congress leader urged the CEC to take strict action against minister Sarma which will “deter any other political leader from creating distrust and hatred between communities and, thereby, jeopardising peace and harmony among the common folk of Assam”.