Assam: NSCN(K) over ground worker nabbed by Army in Tinsukia 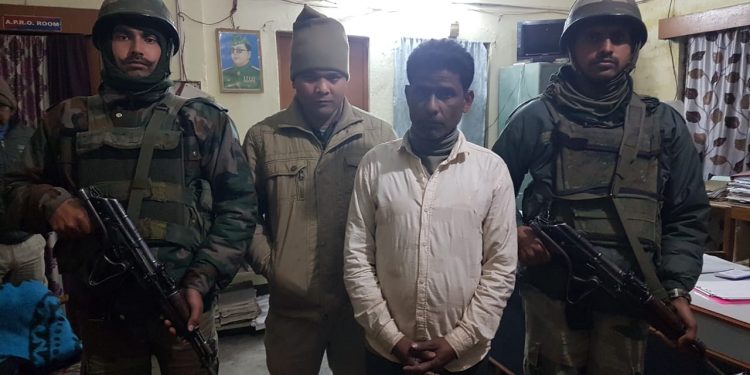 In a setback, to the NSCN (K) an over ground worker was nabbed in Tipong village District Tinsukia (Assam), in a joint operation with Assam Police launched by Lekhapani Bn under Dao Division  at Tipong village on Friday.

They nabbed the NSCN (K) over ground worker based on specific intelligence received from local sources regarding their movement.

During the operation one NSCN (K) over ground worker identified as Buddeshwar Bora aged 52 years, resident of Tipong, District – Tinsukia (Assam) has been apprehended.

One .32mm Pistol, live rounds of ammunition, 02 Detonator,  approximately 300 grams white phosphorous powder, huge amount of Indian currency and illegal alcohol have been recovered from the NSCN (K) over ground worker. On preliminary investigation it was revealed that the OGW was involved in such activity from last 8 years and also used to  supply  war like stores , ration and alcohol to the NSCN (K) and discloses the movement of security forces to the outfit.

This operation is part of the ongoing crack down by security forces on the terrorist organization active in Upper Assam wherein there have been many apprehensions of the insurgents.