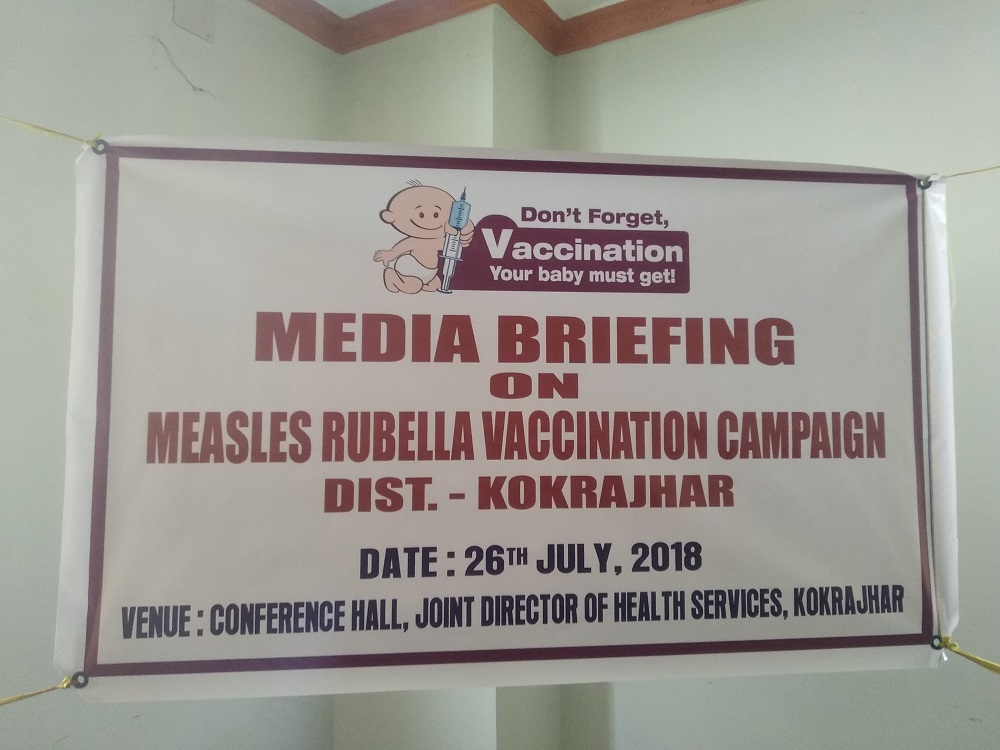 The representatives of WHO, UNICEF, Assam and senior officials of the Darrang District Health Department has assured parents and guardians of the children of the district on the safety and quality of the vaccines of Measles and Rubela.

The vaccination  will be supplied by the government free of cost under the State wide vaccination campaign to be rolled from August 17 next following some reshuffling of previous launching dates.

“The vaccine is totally safe and of best quality. It has almost zero side effect and not a single case of adverse effect following vaccination has been reported in previous two phases of campaign conducted successfully in many states across the country”, shared Dr Deka.

Participating in a discussion on the possible serious adverse effects on the health of a child  due to the attack of Measles and Rubela virus and also giving a brief account on the alarming  previous  records of these diseases in the country, Dr Deka expressed concern over the lack of public awareness and the rumors and misleading information spread among common public about such mass health programmes. He urged the media to play a vigilant role over such negative publicity and help the authority as well as the public with sensible news reporting to make the programme in the district a grand success.

Earlier speaking on the occasion district health officials mentioned   the preparation for successful conduct of the programme in the district covering  a target of  2,58,949 child population under four Primary Health Centre (PHC) and single Urban Health Centre (UHC). Out of this total figure 1,66,097 are school children while remaining 92,852 children who are out of school scattered in a total of 628 villages. Senior journalists Bhargab Kr Das, Srawan Kr Jha and Hemanta Kr Barua also took part in the discussion .