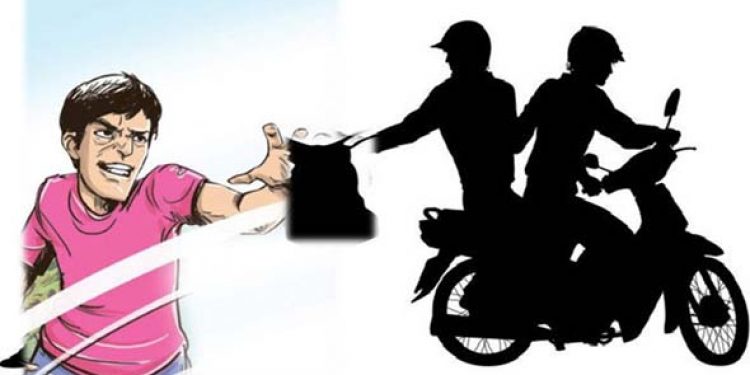 About Rs 4 lakh was snatched from a couple in the Rajabari area in front of the office of the Jorhat District Transport Officer by two motorcycle-borne youths on Monday.

Karna Deka, a government employee, from whom the money was stolen, lodged an FIR at the Jorhat Police Station in connection with the incident.

In the complaint, Deka stated that after withdrawing money from his bank account in the town, he was returning home with his wife in an auto-rickshaw.

As both the husband and wife alighted from the vehicle, two motorcycle-borne persons snatched the bag with the cash and sped away, Deka stated in the complaint.

Deka fell ill after the incident and was hospitalized. A police investigation is on.

In a similar such incident on May 8, 2019, two motorcycle-borne youths snatched a bag containing cash of Rs 1.5 lakh from a person at AT Road near the Jorhat deputy commissioner’s office and fled.

A police source said that the person identified as Manikant Medak, after withdrawing money from the State Bank of India (SBI) Jorhat main branch, was coming out of the bank when the duo snatched the bag from him.

Medak lodged a complaint at the Jorhat Police Station in this regard.

Within a period of one month, this was the third such incident that happened in the town last year in which money was snatched.

In another case, the snatchers could not take away the bag from a person who held on to it and was dragged quite a distance and suffered injuries in the process.

He too had withdrawn money from the SBI main branch.

Police were not able to recover the looted money in such cases but arrested a few youths whom they suspected to be involved in the crimes.