Assam: Man dies as dumper runs over him in Baksa 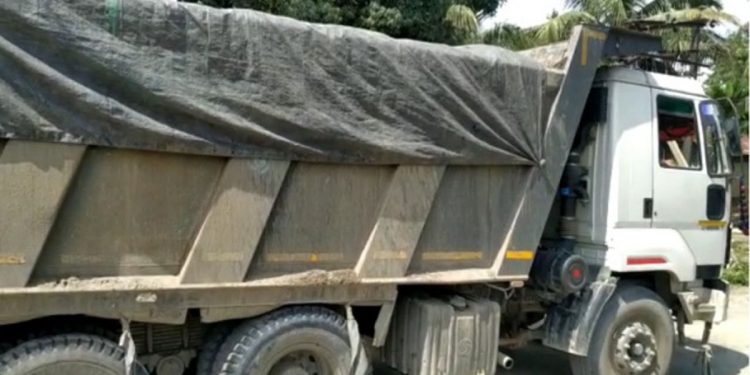 One person lost his life on Sunday in a road mishap that took place at Goreswar under Tamulpur sub-division in Assam’s Baksa district.

The person died on the spot, said sources.

The deceased has been identified as 49-year-old Golak Basumatary.

Basumatary was an employee of the Ghograpar rural development block, according to sources.

The road mishap occurred when Golak Basumatary was returning home from his office at around 2 pm on Sunday on his scooty (AS-28-7253).

“Basumatary died on the spot as a dumper (AS-25-DC-4831), which was moving in the same direction, hit his scooty on the road at Goreswar Chowk near his home and ran over him,” said sources.

The incident created a sensation in the entire Tamulpur area.

The people in the area said many such road mishaps have taken place in the area due to reckless driving by the dumper drivers.

The citizens once again raised voice for taking stringent measures against the careless dumper drivers.