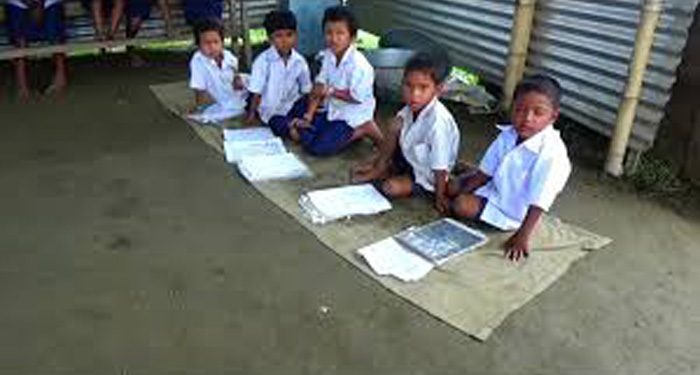 Students at a school in Majuli

The Inspector of schools Subhalaksmi Rajkumari has suspended a primary school teacher of Majuli on charges of fraudulently getting appointed on compassionate grounds.

Tapan Medhi, as an assistant teacher at the Natun Chapori LP School in Majuli allegedly got his job by giving false declaration that his father, Deba Kanta Medhi also a teacher had died during his service period.

He was suspended from service after approval from the director of elementary education and departmental proceedings against him are pending.

Rajkumari, who is also the Jorhat district elementary education officer, ordered an inquiry against Medhi after receiving a complaint.

‘As such he received all superannuation benefits from the state government,” she said.

Tapan had received his appointment on compassionate ground in 2012 at the Rajabari LP School under East Block of Jorhat and was later transferred to Majuli.

The suspension order asked the teacher not to leave the present place of posting without prior permission of the concerned authority.

The order observed that the inquiry against Medhi found sufficient evidence to proceed against him departmentally and he was culpable in the eyes of law.