She was repeatedly sexually harassed and in the later years, she gave birth to two more children- a girl and a boy 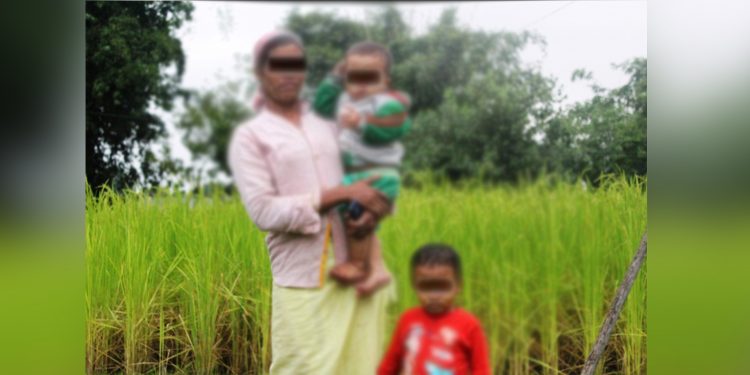 News about “sex slavery” in Arunachal Pradesh has been hitting the headlines for quite some time now with NGOs rescuing a few victims while some escaping the ordeal on own.

Nizara (name changed) is the latest example of one such “sex slaves” who escaped from the clutches of her perpetrators from Kamle district of Arunachal Pradesh and made way to her hometown in Lakhimpur, Assam.

Nizara and her two children are living with her maternal aunt near Seajuli Tea Estate under Bogeenadi Police Station in Lakhimpur district.

“Abandoned by my father’s family, I am now living with my maternal aunt with my two children here,” she said.

“I was abducted and trafficked when I was very young and since then I was used as a sex slave by Hagu Palang of Kamle district,” she said while speaking about her ordeal.

“I am unable to recall anything from my childhood,” she said adding she also forgot her mother tongue.

“In Arunachal, I was constantly harassed both mentally and physically,” she said.

“I used to work in Hagu Palang’s cardamom plantations for 12-hours a day. Palang used to constantly abuse me physically and I was impregnated at the age of 13,” she recalled.

She could not breastfeed her first child, a girl, because of her teenaged motherhood.

She further informed that Palang had three wives and they used to harass her physically after she gave birth to the first child.

“Palang’s first wife’s son murdered my first daughter by drowning in a river,” she alleged.

She was repeatedly sexually harassed and in the later years, she gave birth to two more children- a girl and a boy.

The girl is around two and a half-year-old and the boy is around one-year-old.

“I was waiting for an opportunity to run away from the hell I was living in and I did so on finding the appropriate opportunity,” she said.

The trauma she went through all these years still haunts her and she fears being caught by Palang again.

“I want justice and want the guilty to be punished,” she said.

“There are many more girls there, trafficked from Assam, waiting to be rescued,” reveals Nizara.

Not just girls, but even young boys from the poor families are trafficked to Arunachal Pradesh and sold as sex slaves and bonded labourers.