The Junior Doctors’ Association of the Jorhat Medical College and Hospital (JMCH) on Wednesday boycotted all essential services and diagnostic services of the hospital in protests against the brutal assault on a junior doctor in a Covid Care Centre at Hojai in Assam on Monday.

The junior doctors, accompanied by several senior doctors, carrying placards and wearing black badges, staged protest in front of the casualty ward of the JMCH.

“We strongly condemn the barbaric act and it is disheartening to witness such an incident despite all the tireless efforts that the doctors have been putting in since more than a year,” he said.

The IMA Assam State Branch has also condemned the barbaric assault on Dr Seuj Kumar Senapati at one of the Covid Care Centres in Hojai District.

“IMA and all the doctors are at a loss at this gruesome reward to a frontline worker in Covid duty. IMA demands immediate arrest of all the culprits and booking them under all stringent laws of the land. IMA cautions the government that the medical fraternity is finding it extremely difficult to control emotions at this hour of public health emergency,” the IMA, Assam State Branch said.

Meanwhile, Assam Chief Minister Himanta Biswa Sarma said: “I am personally monitoring this investigation and I promise that all the culprits will be swiftly brought to justice.”

The police in Assam’s Hojai district have swung into action arresting 24 persons in connection with the brutal assault on an on-duty doctor.

The arrested 24 persons include the main perpetrators and conspirators. The arrested persons also include a woman, who was seen in the video of assault on the doctor that went viral in the social media.

The Jorhat district unit of the All Assam Students’ Union (AASU) also staged a protest against the heinous assault of Dr Seuj Kumar Senapaty at Udali in Hojai district. 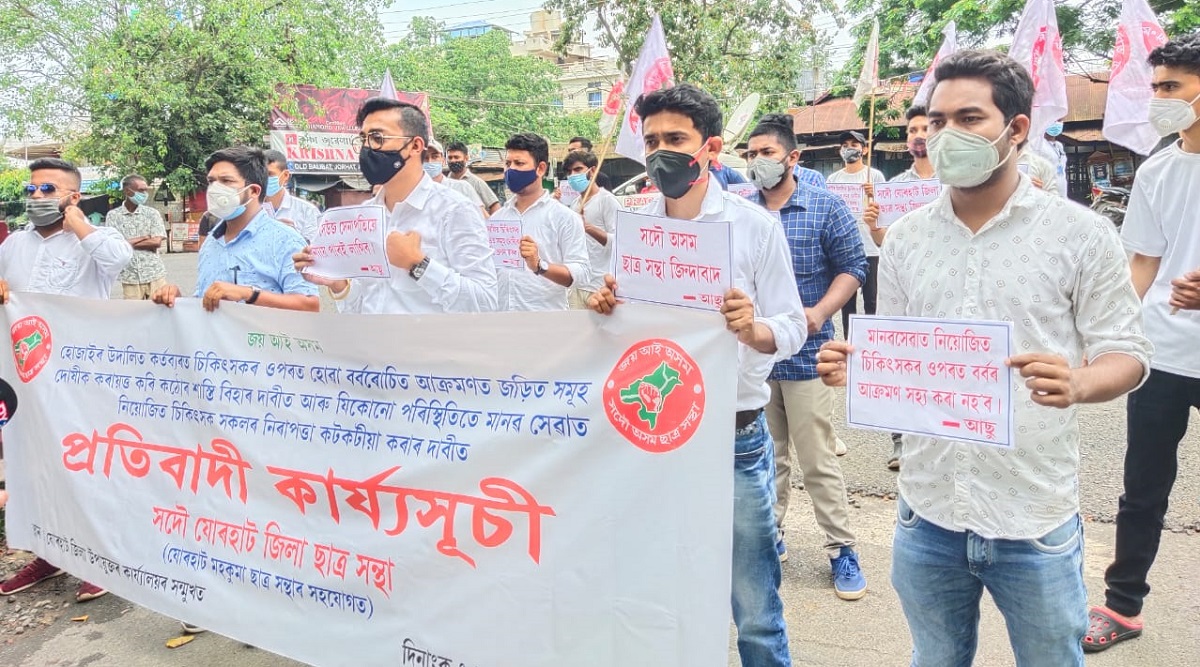