Rehabilitation and safety of the victims are of utmost importance, the SP said 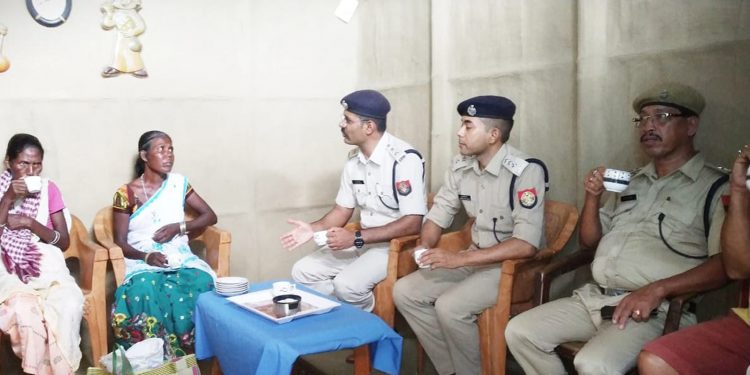 Jorhat SP Vaibhav Nimbalkar, in a bid to generate awareness on witch-hunting and other superstitions carried out a first of its kind awareness camp in a remote area of Hoolungoore Tea Estate of Mariani under Jorhat district.

The SP was accompanied by the SDPO and other officials of the district.

Nimbalkar urged the people to not believe in rumours and said that things like witches don’t exist and people believing in such activities are illegal.

As per reports, two women of Hoolungooree Tea Estate in Mariani went inside the estate to collect firewoods.

However, it got dark when they came out and they were not able to reach home on time.

Worried for being late when they did not reach home on time, their families launched a search operation to locate the duo.

But when they heard the noise of the search party, the duo mistook it to be that of the tea estate’s workers and hence the ladies hid behind the bush until the search part was gone.

By the time the duo reached home, it was quite late and the villagers accused them of practising witchcraft and castigated them.

Reacting to this insensitive act of the villagers, the SP reached out to the people and asked them not to believe in such rumours and urged them to think logically.

“Due to superstitions, a section of the society is still suffering,” said the SP while emphasising on the need to uproot prevalent social evils.

“Apart from protecting the people from such incidents, we also want to send a message to the society that there is nothing such thing as a witch,” the SP said.

“Rehabilitation and safety of the victims are of utmost importance for us,” the SP further added.

The SP was also in praise of the members of the Village Defence Party who rescued the two women from the villagers’ wrath.

TThe villagers who attended the awareness meet thanked the officials for organising the meet at the victims’ house.

The SP hoped that people in future don’t indulge in such activities and stay away from falling prey into rumours about witch-hunting.