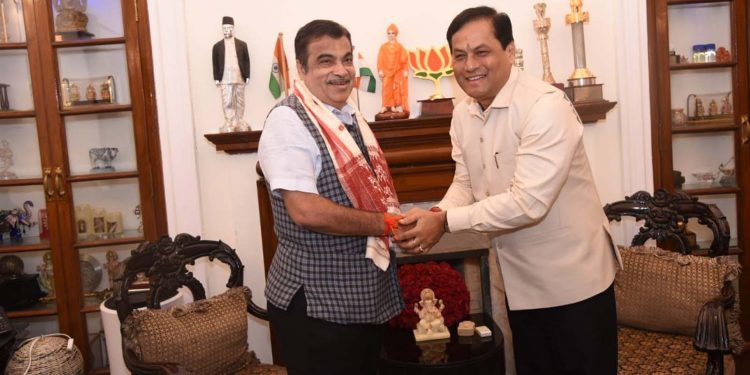 Union Minister Gadkari directed the senior officials of his department to take necessary steps in this regard.

The foundation stone of the proposed bridge connecting Jorhat and Majuli districts has already been laid.

Assam Chief Minister Sonowal made the request to Gadkari on Tuesday as he called on Union Minister at the latter’s office in New Delhi.

They had extensive discussions on the issues of road and bridge construction in the State and their maintenance.

In Tuesday’s meeting, discussions were also held on the construction of Gohpur-Numaligarh bridge.

The land acquisition issue pertaining to the Dhubri-Phulbari connecting bridge also came up for discussion.

During the meeting, Sonowal urged Gadkari to expedite the repair works of the highways in the State.

Sonowal requested the Union Minister to send a senior officer of Road Transport Ministry to Assam to study issues related to condition of the roads in the State.

The Union Minister assured of taking immediate steps to resolve the problems pertaining to road and bridge construction in Assam.

The Chief Minister, through a statement, informed that both the Central and the State governments were jointly taking steps to develop the road and transport system of the State.

The meeting held with Union Road Transport Minister was a step in the right direction, he said.