While Kishan represents the tea garden community, Mohan belongs to the Ahom community 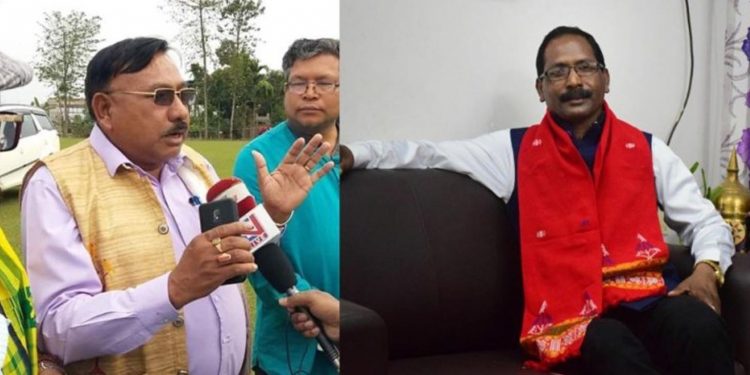 Sanjay Kishan and Jogen Mohan on Saturday were sworn in as ministers in Sarbananda Sonowal’s ministry.

Tinsukia MLA Sanjay Kishan and Mahmora legislator Jogen Mohan were administered the oath of office and secrecy by governor Jagdish Mukhi at Raj Bhavan in Guwahati.

Both of them took oath as ministers of state with independent charges.

With this, the strength of the Sarbananda Sonowal ministry has increased to 18, including the chief minister, with 12 from the BJP and three each from the alliance partners AGP and BPF.

While Kishan represents the tea garden community, Mohan belongs to the Ahom community.

Both Kishan and Mohan are first-time BJP MLAs.

After the swearing-in, Kishan said he was grateful to the chief minister for entrusting him with the responsibility.

“My home is still in the line quarter of Telaghat tea estate of Tinsukia and the community is still backward. After the BJP came to power, many schemes have been implemented for the tea tribes but a lot still needs to be done,” he said.

Mohan said he is grateful for the confidence that the chief minister has reposed in him by appointing him as a minister.

“I will try to fulfil the duties of the ministry that will be allocated to me,” he said.

Party insiders said Kishan and Mohan were inducted to woo the voters from the tea gardens and the ethnic communities from upper Assam, which witnessed massive anti-CAA protests.