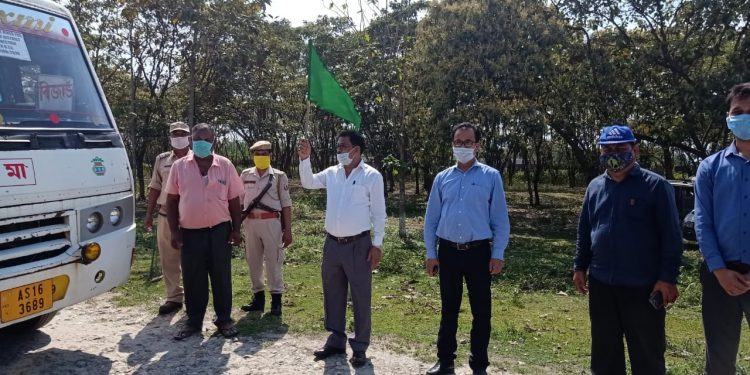 Along with other districts of Assam, the Chirang district administration also arranged for movement of those stranded persons in the district.

These people had already applied for passes to go to their home districts within the State.

After the extension of inter-district movement of the stranded people till May 2 by the State Government, around 137 people had applied for e-passes for public transport and around 500 had applied for travel with their own vehicles through 104 service in the district.

So far, Chirang district has pressed nine buses into services for facilitating travel of these people who desired to travel in public transport to 18 districts.

In a small function held on Tuesday at Kajalgaon U N Brahma College premises, the deputy commissioner of Chirang, Gautam Talukdar, flagged off of the buses carrying stranded persons bound for different destinations.