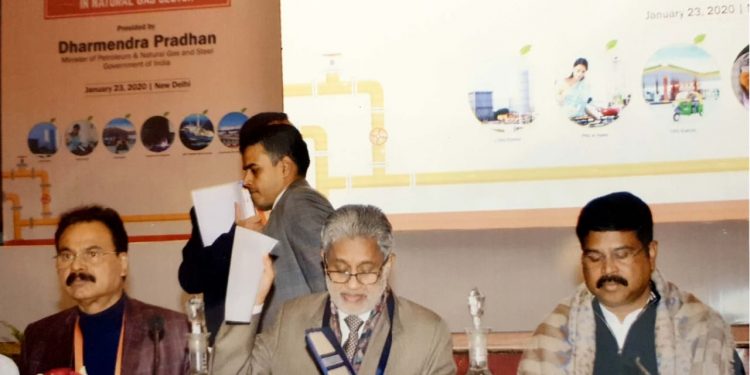 He addressed these issues while attending a ‘National Conclave on Emerging Opportunities in Natural Gas Sector’ organized by the Ministry of Petroleum and Natural Gas, in New Delhi.

Minister Patowary spoke on providing 40 per cent subsidy in the price of natural gas to be supplied through the North East Gas Grid project being implemented by Indradhanush Gas Grid Limited (IGGL) for price viability for the targeted customers.

He also spoke on the need for providing gas price subsidy to APL in line with subsidies to Brahmaputra Cracker and Polymer Limited (BCPL), Dibrugarh as both are gas-based petrochemical companies.

The minister explained the need of hiking Assam Government shareholding in Numaligarh Refinery to 26 per cent from present 12 per cent.

He also thanked the Centre for connecting north-eastern region to National Gas Grid as this will increase usage in different sectors and help the growth of industry and commerce in the Northeast which will also create job opportunities in the region.

The national conclave was presided over by Union Petroleum and Natural Gas Minister Dharmedra Pradhan.

The objective of the conclave was to apprise and sensitize the stakeholders involved in gas value chain development including State Governments regarding initiative taken on expansion of natural gas market and its allied benefits.

The Union Minister called upon all the stakeholders to contribute in transforming India into a gas-based economy. He also stated that the present share of gas in the energy basket of the country is 6.2 per cent and the target is increase it to 15 per cent by 2030.

An exhibition highlighting various developments and initiatives in the gas sector organized on this occasion was inaugurated by the union minister.