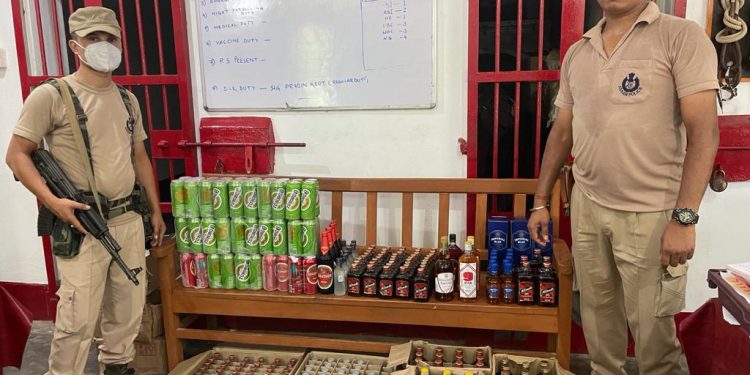 The police have recovered 42 bottles of Indian made foreign liquor from the Cotton Road area of Lalmati in Assam’s Sonitpur district.

The police conducted a raid in the area on Wednesday and recovered the illicit liquor from the possession of Morom Das.

Also read: Yet again! Assam Police reportedly guns down ‘murderer’ after he tried to escape custody

Das has been arrested  and legal action initiated against him.

On the other hand, the police on Wednesday also conducted a drive against illicit liquor at Sadiya in Tinsukia district.

Police personnel raided several places in Sadiya and destroyed 400 litres of country made liquor during the drive.

Sonitpur police on 07.07.2021apprehended one person namely Morom Das, S/o Kajal Das of Cotton Road under Lalmati OP and recovered 42 bottles illicit IMFL from his possession.Further legal action is on against the bootlegger.