Persons, who are kept under home quarantine, will have to download the app: Himanta Biswa Sarma

Sarma launched the app at the Zonal Screening Centre for returnees from outside Assam at the Siu-Ka-Pha Samanway Kshetra at Moubandha here.

“Persons, who are kept under home quarantine, will have to download the app,” the health minister said.

Speaking about the features of the app, Sarma said it provides geosynchronous-fencing of 150 metres for a home quarantined person.

“If a home-quarantined person comes out of his or her house and goes beyond 150 metres from his home, then immediately an alert will go to the district administration indicating violation of the geo-fence following which the health department employees will reach the place and put the person back within geo-fencing area” he said.

Sarma said another feature of the app is that every two hours, a message will be received by a home-quarantined person on his mobile phone asking to send a selfie within 5 minutes of getting the message.

The app has been developed by NIC, Jorhat as per Jorhat district administration’s direction.

Jorhat deputy commissioner Roshni A Korati explained that the photograph of the person along with location will state whether he or she was under home quarantine or not.

If any violation is found, then health department staff would take action to put the person back under quarantine.

She said it was another method to ensure that home quarantined persons completely remain quarantined and be under close monitoring so that any attempt to violate the same is detected and rectified immediately.

“All those who would be required to download the app would be given an individual QR code, ” Korati said.

Korati said training on application of the said app has been given to health workers to make the initiative a successful one.

The deputy commissioner said initially the Covid Suraksha App was developed to keep a track on the activities of the health workers. 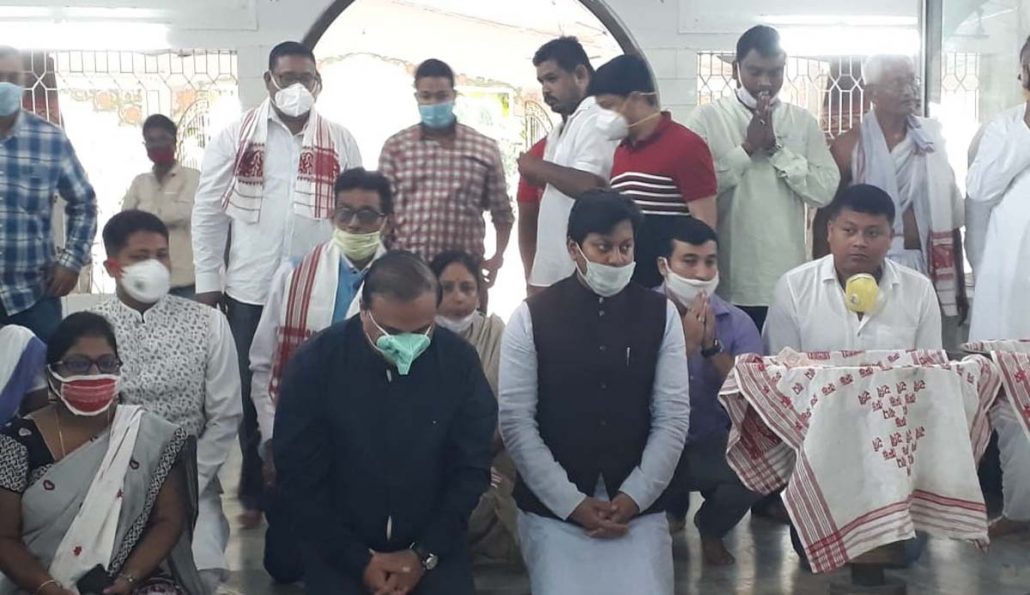 Earlier, the health minister while returning from Dibrugarh, visited the famous Dhekiakhowa Bornamghar at Lahdoigarh to the east of Jorhat.

Sarma, accompanied by minister of state for health Pijush Hazarika, paid obeisance at the Bornamghar established by Madhabdev, a Vaishnavite saint, who was an ardent disciple of Srimanta Shankardev.

Sarma also interacted with members of the management committee of the Namghar.