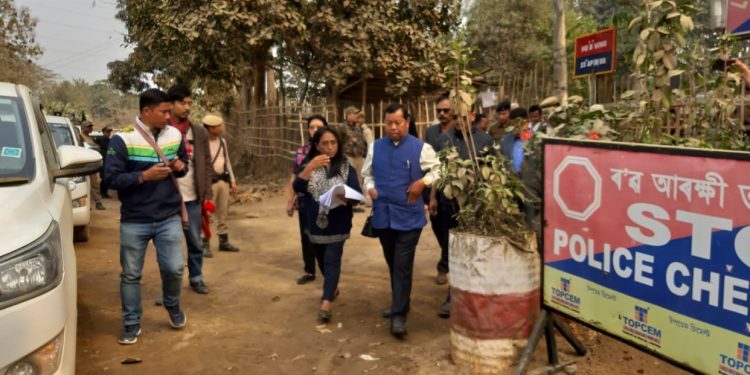 He visited Dhansiri and Borjan areas along the border.

After the visit, minister Ronghang had a brief stopover at Lahorijan border outpost.

Interacting with media persons at CCI Guest House in Bokajan, Ronghang said he visited the area to have firsthand knowledge about the reports on encroachment.

HAD minister Sum Ronghang said, “Reports of encroachment appear from time to time and it is also a reality on the ground. I have come to visit the area in Assam’s Karbi Anglong district bordering Nagaland.”

“I have been accompanied by the DC, leaders, and officers of various departments. I have come here to know about road communications. The Members of Autonomous Council (MACs) of Dhansiri and Borjan are also with me so that I can see their areas,” said Ronghang.

The headquarters of NSCN(IM), Hebron, is only 1.5 km from Misibailam.

“We have visited the Misibailam BoP and inspected the facilities there. The housing and facilities at the BoP is not as it should have been,” the minister said.

“There are problems which I have come to know. I will place the issues before the chief minister and urge him to take measures to develop the border areas,” the Assam HAD minister said.

The Dhansiri and Borjan areas bordering Nagaland have been allegedly encroached by people from Nagaland.