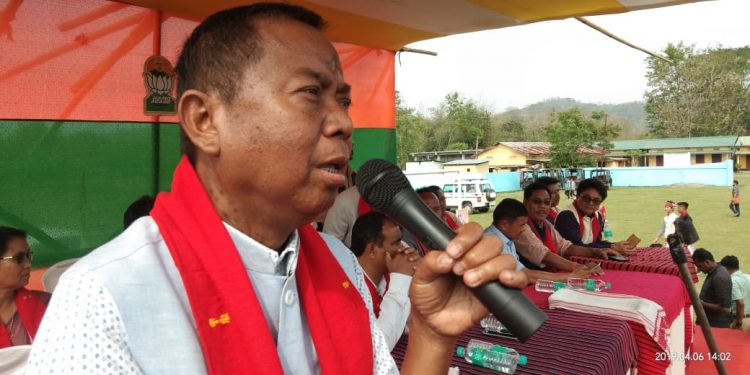 Ronghang expressed confidence that the BJP candidate would win the ensuing LS polls to make Narendra Modi as the Prime Minister of India again.

Minister Ronghang also highlighted the development schemes being implemented by the BJP government.

“I was unwell ahead of the election. Now I have regained health, but I am still weak and I will not speak much. I urge you all to elect BJP candidate Horensing Bey so that BJP can form the government at the Centre,” said Ronghang , adding, “It is Modi who is going to become the next Prime Minister for the second straight term and it would be wrong if we do not support BJP,” Ronghang said.

“The opposition is contesting the election with just a handful of people having no mass support. I urge you to support the BJP and elect Horensing Bey as our MP so that he can discuss the problems of the hill districts in Parliament,” the CEM said.

In the evening, the BJP leaders campaigned in Nomati Member of Autonomous Council (MAC) constituency at Den Arong.