Assam: GU professor to represent country in US 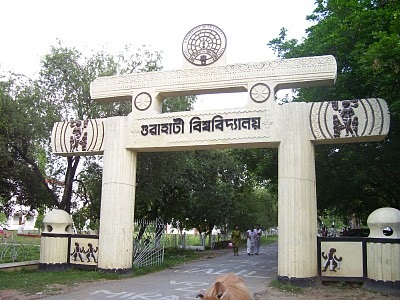 The entrance gate of Gauhati University.

Gauhati University (GU) will represent India at the annual summer institute programme of the Study of the United States Institute (SUSI) on International Journalism hosted by Ohio University for the ninth consecutive term from June 28 to August 10.

The participants at the programme will be trained in Cliffland, San Francisco, Atlanta, Chicago and Washington, DC.

The US Department of State, Government of USA, nominated Dr Ankuran Dutta, Associate Professor and Head of the Communication and Journalism Department of Gauhati University, as the lone candidate from India among other participant countries, reports The Assam Tribune.

Dr Dutta will present a research project on ‘Media system, journalism practice, political culture and media policies of India’, followed by an ‘International mass media’ class on July 3 and act as a panelist to represent Asia on ‘Global migrations and refugee crisis: Media case studies from five continents’ at the annual conference of the Association for Education and Journalism in Mass Communication on August 5 in Washington, DC.