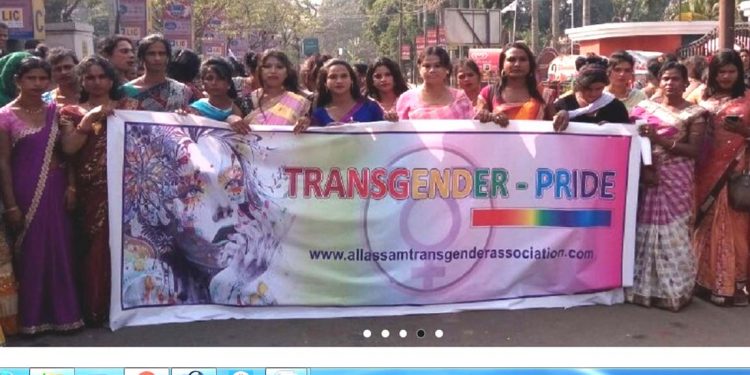 The Assam government recently approved a draft policy for the welfare of the state’s transgender community.

As per the draft policy, Assam will have its own transgender welfare board which will take initiatives for the uplift transgender community in the state.

The welfare board will make efforts so that the transgender community is provided reservation in educational institutions, medical facilities.

It will also work for their empowerment and fight discrimination.

Transgender activist Swati Bidhan Baruah, who is the first judge from the transgender community in Assam, played an important role in the framing of the draft policy and getting it approved within a year.

A media report quoted Baruah as saying that the approval of the draft policy by the Assam government means that the state’s transgender community will now have a proper platform to express their grievances.

The policy will help integrate the community, said Baruah.

On March 2, 2019, the social welfare department of the state government issued a notice where it said: “The government of Assam has formulated a draft policy for the transgenders living in the state on a rights-based framework in consonance with the judgment of the Supreme Court (NALSA V/S The Union of India and others).”

“The draft policy is placed in the public domain with a request to stakeholders and other interested persons to submit inputs and suggestions if any within 15 days of the issue of notice.

“Objections and suggestions which may be received from any persons/ NGO stakeholders with respect to the said draft policy before the expiry of the period specified above will be given due considerations by the government before the finalization of the state transgender policy.”

Earlier, Assam social welfare minister Pramila Rani Brahma directed Kausar Jamir Hilaly, the commissioner for persons with disabilities, Assam to look into the list of loopholes found by the All Assam Transgender Association (AATA) in the recently published draft state policy on transgender.

Hilaly said they didn’t want to formulate a policy for the transgenders like the policies of other states on the same subject.

The office of the Assam chief minister recently issued a letter to the chief secretary to take action on the basis of the memorandum submitted by AATA.

In the memorandum, the AATA alleged that the draft policy on transgender, formulated by the social welfare department has come up with a rude definition of transgender.

The AATA also alleged that the policy has paralyzed the State-level Board with lesser function and most of the major functions have been assigned to the district-level board.

They also raised questions over the pre-matric and post-matric scholarships along with pension as mentioned in the policy.

The AATA is of the opinion that there might be some misuse of funds as till now there was no reservation for transgender persons at the school, college and university levels.