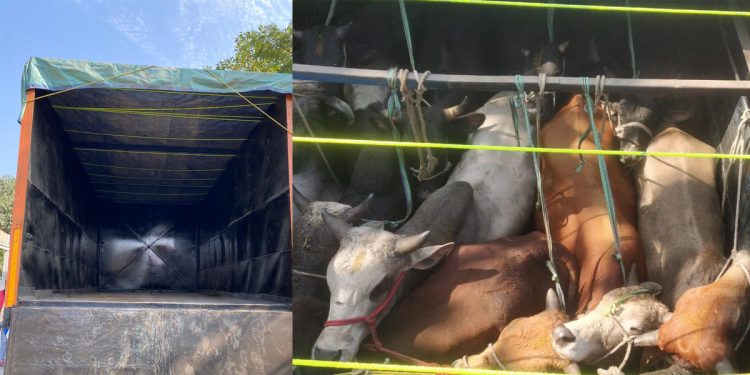 North East Congress Coordination Committee general secretary Padi Richo has opposed the bill tabled by the BJP-led Assam government seeking a ban on transportation of cattle in the state.

The bill was tabled by Assam chief minister Himanta Biswa Sarma in the State Assembly on Monday.

The bill also seeks a ban on cow slaughter in Hindu, Jain and Sikh dominated areas.

Padi Richo in a statement on Tuesday evening said once the law is enacted, it would go against many Northeast states where a large number of people earn their livelihood by selling cattle.

Richo said the traders bring cattle from other parts of the country though Assam and the ban would snatch away their source of livelihood.

Richo feared that the Assam government could ban movement of more products like agri and rice products.

Richo said, “If it is cattle today, tomorrow who knows, the Assam government could restrict movement of agricultural products, including vegetables and rice, and in such case many states would suffer.”

He said Arunachal Pradesh is still a consumer state which depends mostly on Assam for all supplies.

The Assam Cattle Preservation Bill 2021 was tabled on the first day of the Budget Session of the Assam Assembly on Monday for discussions.

The bill “envisages imposition of complete ban on transport of cattle outside the state.”

The bill was introduced with an aim to bring an end to illegal cattle smuggling to Bangladesh.

But the Assam government’s move to introduce the cow protection bill has raised concerns in the other northeast states, where beef is consumed.

Most of the cattle imported for consumption by the other northeast states, passes through Assam.

But if the bill is passed in Assam, there will be a massive shortage of meat in the other Northeast states.

The Meghalaya government would intervene if the transportation of cattle to the state is affected by the proposed cow protection law in Assam, chief minister Conrad K Sangma said.

Meghalaya CM Conrad Sangma said, “We have to examine the law after Assam passes and implements it. We have to see the terms and conditions and how they plan to implement it.”

“It would not be correct for me to comment more without seeing the content of the Bill,” he added.

The Nagaland Congress said the Assam Cattle Preservation Bill 2021 is a threat to the Northeast inherent trade and food habits.

Therie said caution should be taken before passing the bill and added that it should not be detrimental to the inherent trade and food habits of the region.

“Cow trade in the Northeast extends to Bangladesh and Myanmar through Assam’s length and breadth since time immemorial for the hill states,” Therie said.

Richo said the BJP formed the North-East Democratic Alliance (NEDA) in May 2016 to protect the interests of the Northeast people and that Himanta Biswa Sarma was appointed its convener.

“Such a bill goes against the indigenous people of the Northeast region, particularly of Arunachal Pradesh,” he said.

Richo questioned, “When cattle (cows, buffaloes, mithuns and goats) are traditionally linked to rituals and festivals of over 100-odd tribes and sub-tribes of Arunachal, will such a law not amount to disintegrating the NE instead of integrating the mantra of the NEDA?”

“India is a sovereign, democratic republic whose constitution gives equal rights to all its citizens without any distinction, irrespective of caste, creed and religion.”

“But when the bill is aimed at pleasing people belonging to a particular religion, the law, once enacted, would hurt the sentiment of those who consume cattle meat,” he further said.

He hoped the BJP-led government would not enact “such anti-people law that threatens the family trade and survival of all stakeholders.”