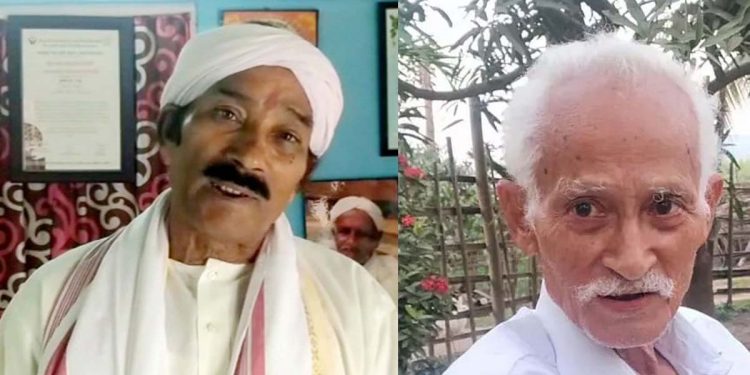 The people of Darrang district have expressed their happiness at the announcement as both of the noted artistes are from the district.

Nani Kumar Saikia, a prominent social activist and a resident of Satgharia, said, “This is the most wonderful moment to feel proud for the people of Darrang in the recent times.”

Niranjan Saikia, a central executive member of the All Assam Students’ Union (AASU) while expressing his delight stated that this is a very significant recognition of their contributions towards the field of art and culture of the state.

Meanwhile, talking to the media at his Satgharia residence on Sunday, Drona Bhuyan expressed his overwhelming joy and delight for being named for the prestigious award.

He attributed his achievement to the love and blessings of the people of Darrang and Assam.

“What I have achieved is due to the love and blessings of the people of Darrang and Assam,” an elated Bhuyan said.

He believes that such recognition would help him live a little longer.

Bhuyan said if he lives longer, he will groom more younger people in the field of performing folk art.

Born to Ghana Kanta Bhuyan in 1956, the 65-year-old folk artiste has earned widespread reputation across the country through his accomplished performance of Ojapali dance and music.

He was earlier honoured with Lifetime Achievement Award by Assam Sanskritik Maha Sabha.

Bhuyan received a public honour from the AASU in 2009 while the Union culture ministry offered him the ‘Guru’ title in recognition to his contributions.

He has performed in many prestigious cultural stages in Mumbai, New Delhi, Karnataka, Mizoram and in the inaugural ceremony of Srimanta Sankardeva Kalakshetra in 1998.

The renowned artist executed a mural on the life of Mahatma Gandhi in Coimbatore and Thiruvananthapuram.

He has also created a number of statutes and busts.

Nath, who has been conferred the Tarun Duarah Memorial Oil India Award in 2015, created the statues of Piyali Phukan and Bhogeswar Baruah in Sivasagar.