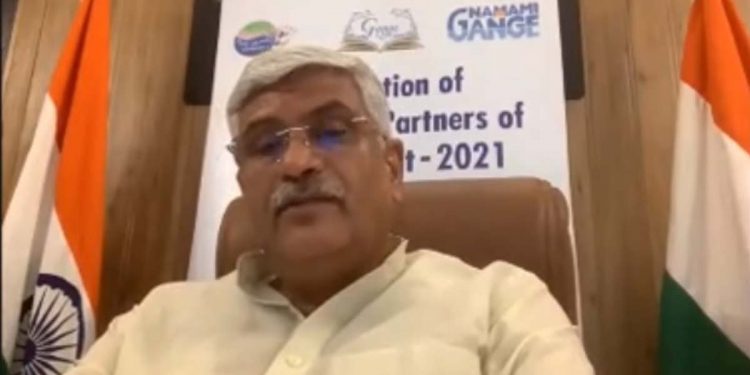 Gauhati University‘s Aswani Kumar Sharma won the first position of Ganga Quest 2021, the results of which were announced on Sunday.

The second and third position winners in Grade IV are Praveer, a self-employed youth from Bokaro City in Jharkhand and Shiva Nigam, a professional at HPCL in Uttar Pradesh’s Kanpur, respectively.

The final results of the Ganga Quest 2021 were announced on Sunday on occasion of Ganga Dussehra.

Ganga Quest is an online quiz contest and an educational programme to sensitize children and youth on river Ganga and other rivers of India and the environment.

The quiz was organised by the National Mission for Clean Ganga under Jal Shakti Ministry in association with the Tree Craze Foundation.

Union minister Shekhawat interacted with the winners and the volunteers, who are working on the ground to strengthen the Namami Gange programme.

Shekhawat asked the volunteers for feedback to further strengthen the program.

Union minister Shekhawat said, “The physical infrastructure (like STPs, Ghats and crematoriums, etc.) built under Namami Gange can be seen by all, but the far bigger achievement is of reviving people’s awareness and devotion towards the sacred Ganga.”

Shekhawat said that “just considering our rivers as goddesses will not serve any purpose if that doesn’t reflect in our treatment of rivers”.

“We have to take responsibility,” he said.

The winners shared their experience of participating in the quiz.

Some of the winners shared that they have become more sensitive towards the environment after preparing for Ganga Quest.

A few participants said they feel a sense of devotion towards not just Ganga but all rivers of the country because of what they learnt during the quiz.

They also shared that while they were participating, their family members and friends also took an interest.

The virtual event was watched live by over 7,000 people from across the world including from countries like Belgium, Austria, Netherland, Sweden and Germany, etc.