Assam: Four people injured when tree fell on them in Tezpur 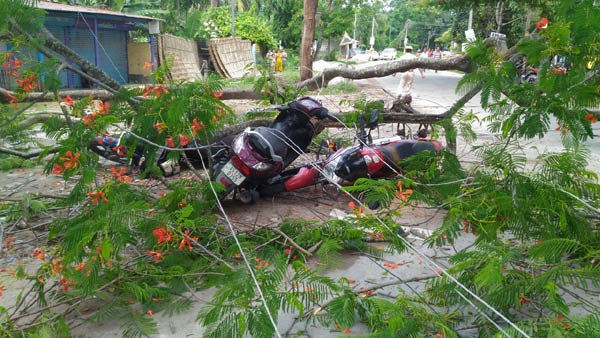 Three students with a local were injured on Saturday, at Tezpur Mazgaon road when a big tree fell on the road in front of Mazgaon Panchayat office under Tezpur police station.

The tree damaged three motorcycles and injured four people, when it fell. The students who were injured in the incident were Sabbash Isfakul Alom, a student of Tezpur Law College , Subasun Sultana and Mustakul Ali from Darrang College  and Annash Ahmad.

They were taken to Tezpur Kanaklata Civil Hospital for treatment.