The two sub-adult elephants caught from the wild were micro-chipped on June 15, and issued ownership certificates 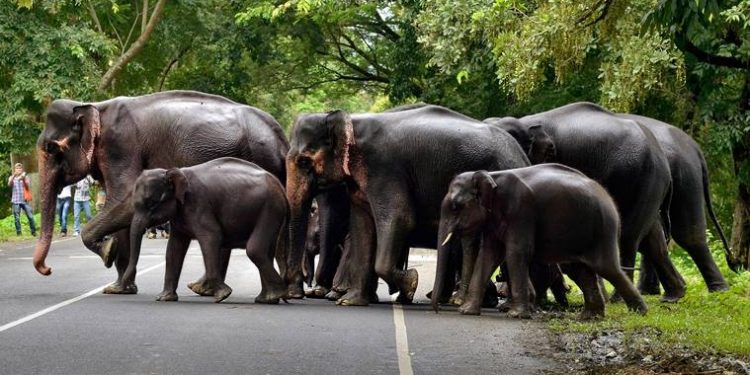 Assam Forest Department has violated the Wildlife (Protection) Act, 1972, and accorded out-of-turn “captive” status to two sub-adult elephants, which were caught from the wild.

The Assam Forest Department recently granted permission for transportation of four elephants from Tinsukia to Jagannath Temple in Ahmedabad.

The four elephants from Assam are scheduled to take part at the Ratha Yatra to be held on July 4 in Ahmedabad.

Interestingly, two of the four elephants being sent to Ahmedabad, are not captive born, and were caught from the wild in January 2018. Subsequently, the animals were trained and domesticated.

The two elephants which were issued “captive” status have been identified as Rupsingh and Rani. Both the elephants are about six to seven years old.

To ease the process of transportation to Ahmedabad, microchips were implanted on June 15 on both Rupsingh and Rani under the supervision of Assam Forest Department officials.

The micro-chip number of Rupsingh, a male sub-adult, is 000770A96E, and the name of the elephant’s owner is Piyal Moran of Lakhipathar in Upper Assam’s Tinsukia district.

The micro-chip number of Rani, a sub-adult female, is 000770AB16, and is owned by Joginath Pegu of Laika village in Tinsukia district.

The Assam Forest Department also issued ownership certificates for the two elephants to ease the process of transportation to Ahmedabad.

The Wildlife (Protection) Act, 1972 has very strict rules when it comes to capturing of wild animals, which it defines as hunting under Section 2(16) of the act. As a Schedule I animal, Section 9 of the act prohibits the capture of elephants from the wild.

As per the Wildlife (Protection) Act, 1972, capture of wild elephant is grossly illegal. It is a non-compoundable offence, punishable with three to seven years imprisonment, and a fine of not less than Rs 10,000.

What was the Assam Forest Department’s “compulsion” to accord out-of-turn “captive” status to the two sub-adult elephants caught from the wild?

PCCF (Wildlife) of Assam, Ranjana Gupta was not available for comments. She did not take any phone calls on Wednesday.

The wildlife activists are of the opinion that if elephants are captured from the wild illegally, the Assam Forest Department does not have the power to accord “captive” status by micro-chipping them and issuing ownership certificates.

This is probably for the first time in the history of elephant conservation in India that a state forest department is involved in according “captive” status to sub-adults caught from the wild.

Moreover, if the elephants are being transferred to Ahmedabad by way of lease for six months against any sum of money or other consideration, it would be in violation of Section 43 of the Wildlife (Protection) Act, 1972.

As per Section 43(1) of the Wild Life (Protection) Act, 1972, no person having in his control or possession a captive animal in respect of which he has a certificate of ownership, shall transfer such captive animal by any mode of consideration of commercial nature.