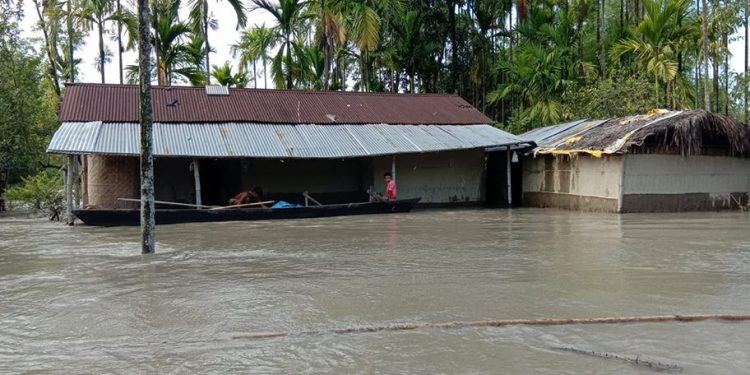 Over 32, 000 people in 61 villages of three revenue circles of Bogribari, Kokrajhar and Dotma in Assam’s Kokrajhar district were affected by the flood as the situation in the district remain unchanged on Wednesday.

According to District Disaster Management Authority, Kokrajhar, the rising waters of rivers in spate, following incessant rain over the past few days have inundated areas in the district affecting 32994 population in 61 villages.

The strong currents in many rivers which flow from Bhutan have eroded several hectres of land.

A total of 2920 people were forced to take shelter in 10 relief camps.