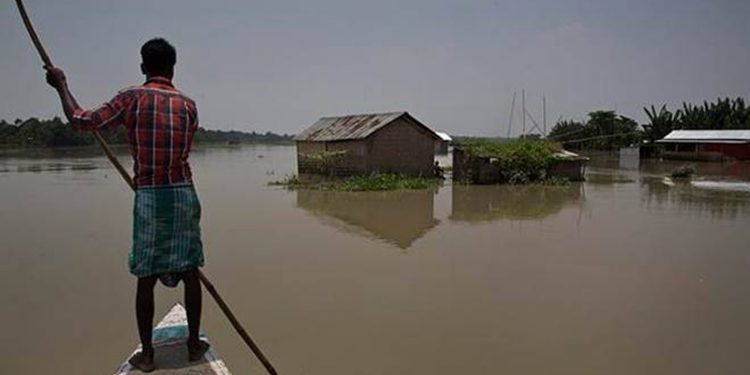 A flood-hit area in Assam.

The Congress on Thursday slammed the Assam government for failing to repair the breached embankments across the state.

This, Congress believes, has led to severe flooding in the state which has affected millions of people and killed hundreds of animals.

“According to news reports only 40 per cent of the embankments have been repaired since 2016,” Konwar added.

“Non-repairment of the 60 per cent of the embankments have led to the severe flooding,” he added.

“In 2017, embankments were breached in 17 locations, out of which only 9 were repaired,” Konwar added.

He further said that till May 2019, only six embankments out of the 18 breached embankments were repaired.

“Why the government has failed to spend the money allotted for flood protection during 2018-19 fiscal? Who is responsible for this?” Konwar asked.

He further said that there was some confusion to what the CM and the finance minister said.

“CM said of writing 12 letters to the centre seeking fund, but the finance minister said of having sufficient funds for flood management. The CM should make his stand clear,” Konwar said.