Assam govt to completely build the embankments to ensure that it does not breach again: Himanta 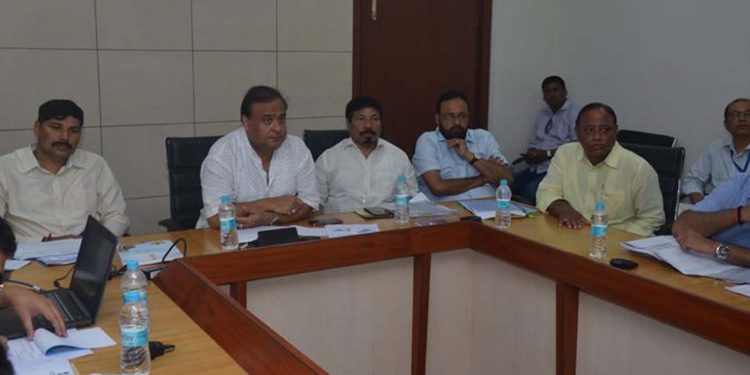 Minister Sarma said a total of 30 embankments have breached during the current wave of floods in the state.

The floods affected 30 of the total 33 districts of Assam this year.

As per the latest flood report released by the Assam Disaster Management Authority (ASDMA) on Wednesday, 20 districts are still under flood waters.

Flood waters have affected over 34.82 lakh people in 2,933 villages, the report says.

Lakhs of people have been rendered homeless by the floods forcing many of them to take shelter in relief camps set up by the district administrations.

“From this year on, we are not going to mend the breached embankments,” said Sarma while talking to newsmen on Wednesday after the review meeting.

“We are going to completely build the whole embankment to ensure that it does not breach again,” he added.

Sarma said he has visited nine of the flood-hit districts so far.

The minister also informed that he would visit another ten flood-hit districts to assess the situation.

He said the Public Works Department (PWD) has suffered the major loss, which is estimated to be Rs. 350 crore so far.

Sarma said different departments have sought about Rs. 1000 crore to meet the damages caused by the floods affecting 30 districts.

It may be mentioned that Assam has over 5000 km of embankments across the state built way back in 1950s.

Most of those embankments have outlived their lifespan due to irregular and poor maintenance over the years.

Many of these embankments are also prone to breach and become vulnerable during the flood season.

Following the floods in 2017, state chief minister Sarbananda Sonowal had suggested the Centre to convert 5,000 km of the embankments to roads-cum-embankments.

Sonowal came with the suggestion for strengthening the embankments and to prevent the annual floods.