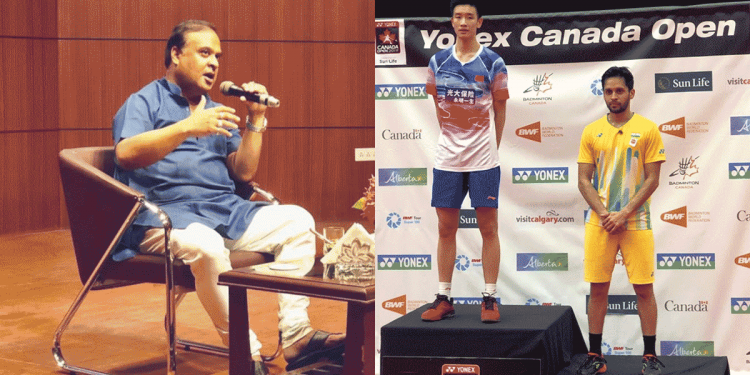 Former Commonwealth Games champion and Arjuna Awardee Parupalli Kashyap’s impressive run at the Canada Open tournament came to an end when he lost a three-game thriller to China’s Li Shi Feng in the men’s singles summit clash in Calgary.

After winning the silver in the three-game thriller Kashyap twitted, “Silver it is

He thanked his player friend HS Prannoy for his extension of stay in the tournament to help with on-court coaching and also for acting as a physiotherapist.

Silver it is @yonexcanadaopen . It was a good fight in the final . Lost to LiShifeng (China ) 22-20/14-21/17-21. Can’t say it was the best I played this week but overall it was a good week here . Thank you to @PRANNOYHSPRI for … https://t.co/uU98eEdSqt @IndianOilcl pic.twitter.com/J9PFWKY9QQ

Kashyap’s coach Amrish Shinde and physio Sumansh Sivalanka had to leave early for the US Open World Tour Super 300 tournament.

Despite his struggles for the injury for the last few days the Hyderabad born former top-10 player seemed fit in the game. He played three-game matches against China’s Ren Peng Bo, France’s Lucas Claerbout and Chinese Taipei’s Wang Tzu Wei in the run-up to the final.