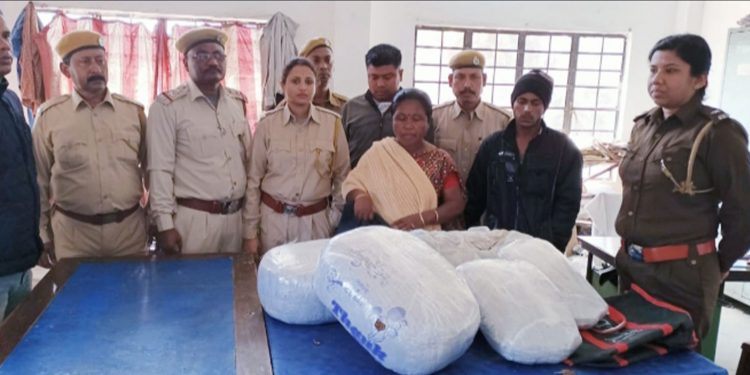 Three persons were arrested in Mangaldai and ganja was seized from their possession. Image: Northeast Now

Darrang excise department officials on Friday arrested three persons, including a woman, and seized over 20 kgs of cannabis (ganja) from their possession.

Mangaldai excise inspector Ashima Bhuyan informed that they were arrested during a routine checking of vehicles on the NH-15 near Bongalagarh tea garden.

They were arrested from two Guwahati- bound passenger buses were found in possession with the cannabis.

The cannabis was wrapped in plastic bags.

The accused have been identified as Sumitra Debi of Rowta Kaziamati, Zamir Ali of Chikonmati and Pankaj Roy of Patacharkuchi.

They were produced before the court after booking them under the NDPS Act.

The value of the seized cannabis is said to be over Rs 1 lakh.