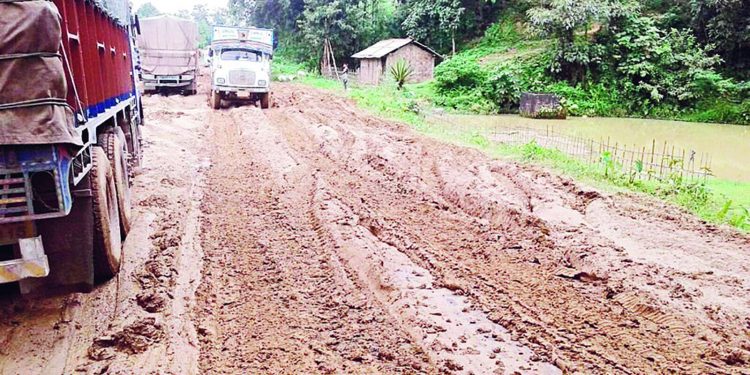 The deplorable and dilapidated conditions of most of the national highways in Assam has posed a great danger to the people and vehicles plying through it.

These highways are full of crater-sized potholes which turn into mini ponds during the monsoons and once the rainfall recedes, they are found to be full of mud and silt.

“The potholes when are full of water and later with mud make it immensely difficult for commuters and vehicles often stand strangled here apart from various vehicles meeting with serious accidents,” bemoaned a commuter.

“Apart from speeding vehicles and drunken driving, the dilapidated conditions of these highways have attributed to accidents in large numbers,” said another commuter while speaking on accidents on these highways.

Most of the drivers have complained that the pathetic conditions of the national highways in Assam is one the major reason for accidents in Assam.

“In the highways, driving at 80-100 kmph should be normal. But when the highways are full of crater-sized potholes, driving even at 30-50 kmph is dangerous,” said Santu Goswami of Baihata Chariali while interacting with Northeast Now.

He further requested the government authorities to repair the highways at the earliest.

“Accidents on the highways are a daily affair. Pathetic road conditions have only added to these,” Goswami added.