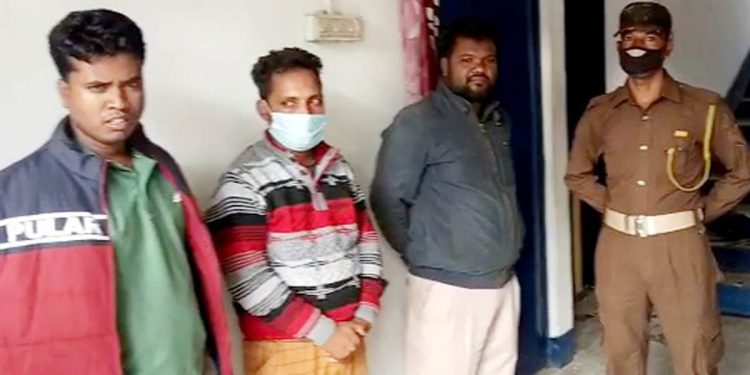 The police have busted a racket of illegal Aadhar registration at Madhupur village in Assam’s Darrang district and arrested three persons in this connection.

The accused have been identified as Hurmuj Ali, Mazahurul Islam and Safiur Rahman.

The police have registered a case in the Dalgaon Police Station and are interrogating the accused.

After receiving information regarding the functioning of the unauthorized Aadhar registration centre in Madhupur, a police team raided the centre on Tuesday night.

They also seized a computer, printer and other materials being used in the illegal registration process.