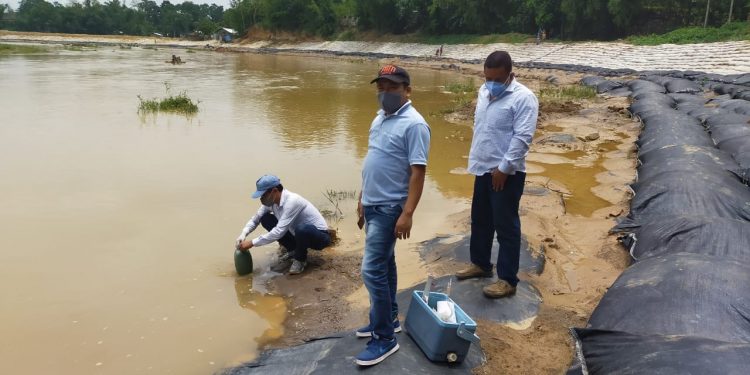 The Assam public health and engineering department has indicated that coal mining in Nagaland may be the cause of high levels of manganese in the Bhogdoi river, which flows down from the Naga Hills

In a letter to the state urban water supply department here, PHED stated that the water of the river, which had turned acidic and had high manganese content probably due to coal mining in Nagaland, should be decontaminated prior to being supplied to the town areas.

PHED recommended first testing the water, then treating the contaminated water with chlorine or potassium permanganate as required to oxidize the manganese, apart from the usual aeration, flocculation and coagulation.

It is to be tested for manganese and acidic levels as well as residual chlorine before supplying it to the populace for consumption.

The Pollution Control Board officials, who had tested the water on Saturday found the dissolved oxygen level to be satisfactory and within the permissible limit.

The only man made river in the world serves a large population in Mariani including several tea gardens and a sizable population in Jorhat through a water supply scheme apart from the riverine villages.

It wends its way through Jorhat and meets the Brahmaputra in the northwest.

About 10 days ago people had complained that the water felt sticky, tasted bitter when tea was brewed and dead fishes were seen floating in the waters.

The matter came to a head when Mariani MLA Rupjyoti Kurmi raised the issue, sending an SOS to the government to stop the illegal coal mining in Nagaland as it polluted the water of the Bhogdoi.