Arunachal Pradesh chief minister Pema Khandu on Wednesday said his government is planning to revive the coal mining industry in the Tirap, Changlang and Longding (TCL) districts of the state.

“Besides coal mining, the government is also making an attempt to tap other natural resources such as hydropower and oil for maximizing revenue generation so that the state can be made less dependent on the Centre,” Khandu said.

Pema Khandu, who was addressing a public meeting here said, the TCL districts being rich in mineral resource, the locals should be able to derive maximum benefits from the revenue generated.

Khandu is on a 4-day-tour of Changlang district in Arunachal Pradesh.

“An appropriate policy is being worked out so that the area from where natural resources are harnessed the locals benefit the most,” he said.

Khandu said the Tirap, Changlang and Longding (TCL) districts were earlier deprived of central flagships programmes due to lack of transparency and information, however, now with the decentralization policy initiated by the state government, the region is gradually witnessing a downpour of central schemes.

He said Changlang, being one of the highly populated districts in Arunachal, gets priority in matters of district-wise fund distribution. 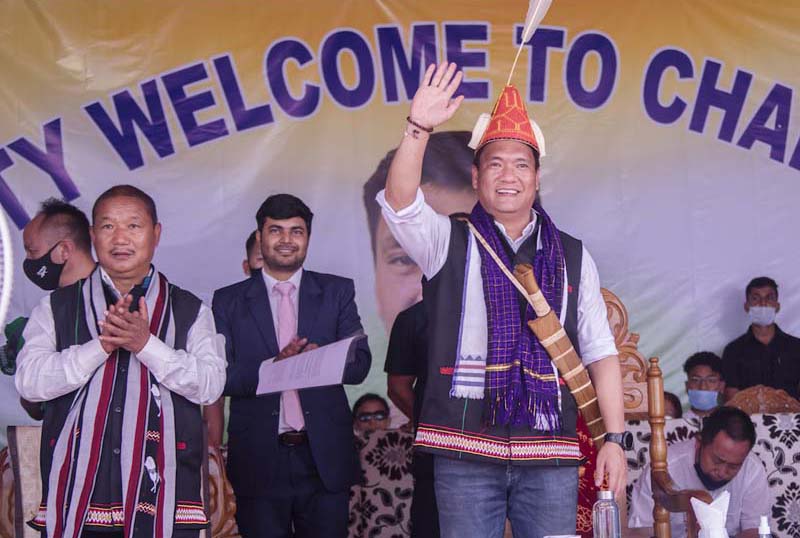 Further informing that the state government has declared 2021 as the year of education, the chief minister said the effort to achieve quality education should be participatory.

The Arunachal Pradesh CM requested for community participation and urged the locals to take an active part in improving the education scenario by paying regular visits to schools and working with the education authorities.

He also asked the parents to ensure that children do their homework, projects and assignments at home.

Later in an interaction with the local government officials, Khandu advised them to give their best during service days so that they live a life of satisfaction and happiness after retirement.

“It is the bureaucrats who are to implement the policies of the government at the ground,” he said.

Khandu said the opening of new police stations and making several of them operational is an effort directed towards speedy clearance of tourism circuits in the region.

About 21 police stations have been renovated and newly established recently in the three districts of Tirap, Changlang and Longding, he said while adding that the economic activity of the region would get a major boost once tourism opens up in these districts.