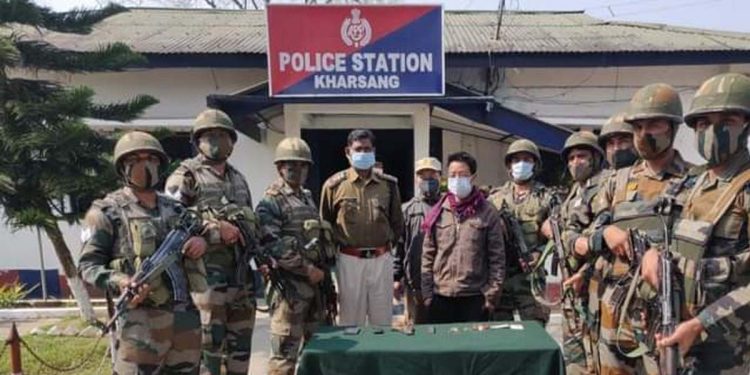 In a joint operation, a hardcore cadre, belonging to the National Socialist Council of Nagaland-Reformation (NSCN-R), was apprehended from the Kharsang area in the Changlang district of Arunachal Pradesh on Monday.

The cadre has been identified as self-styled Sergeant Major Sengjong Khimhun, a resident of Saching in Changlang district.

The operation was conducted by the Army and Arunachal Pradesh Police after getting specific information about the cadre.

One 7.65 mm pistol and 6 rounds of live ammunition were recovered from the possession of the NSCN(R) cadre.

The militant cadre was later handed over to Kharsang police station for further interrogation.

Security forces have launched a massive operation against the rebel outfit in Arunachal Pradesh.

The insurgent groups from the Northeast, who are taking refuge in the jungles of Myanmar, penetrate through the boundary areas to carry out subversive activities.