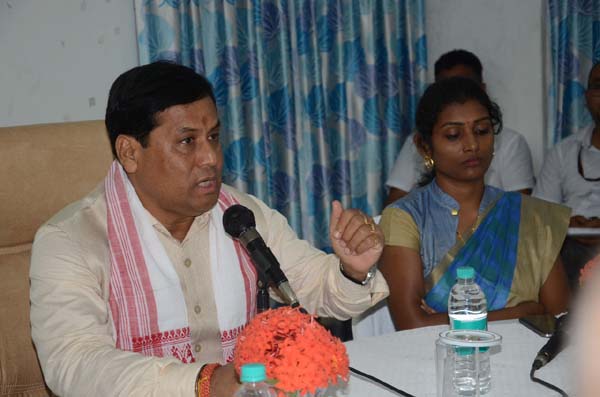 Chief Minister Sarbananda Sonowal reviewed the implementation of Kanaklata Mahila Sabalikaran Achoni in Dibrugarh and Tinsukia at a meeting at a Dibrugarh Circuit House on Thursday evening.

Sonowal during the review emphasized on making productive use of the revolving funds released to the women SHGs for uplifting their economic condition. He underlined the need for imparting technical knowledge and developing commercial outlook amongst the beneficiary groups for effective implementation of the scheme.

Sonowal also stressed on adopting market oriented initiatives by the women SHGs and asked the officials to nurture professionalism amongst them.